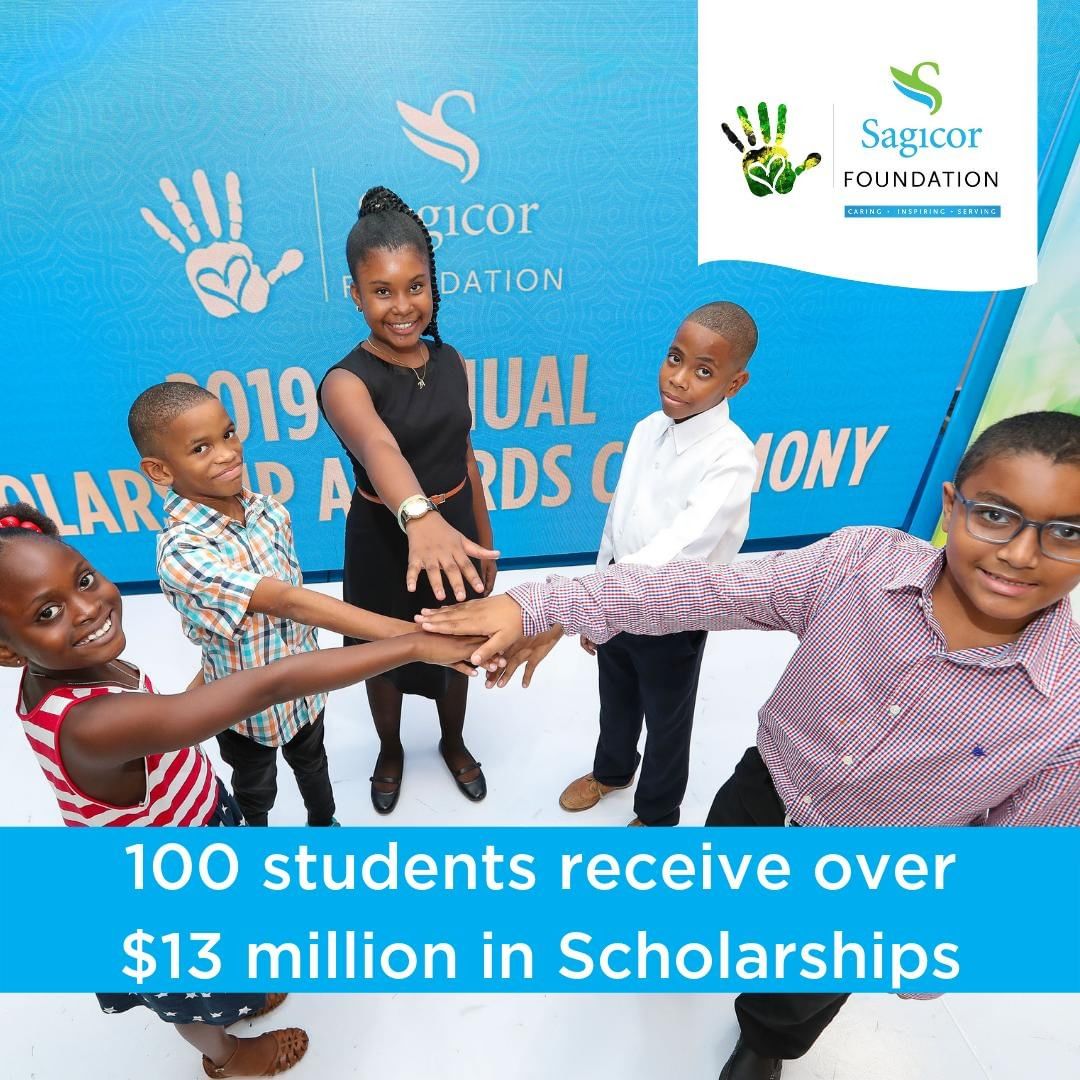 SAGICOR Foundation yesterday disbursed more than $13 million in scholarships and grants to 100 secondary- and tertiary-level students.

At a ceremony at the Jamaica Pegasus hotel in Kingston, the foundation awarded children of Sagicor clients and team members, Jamaica Defence Force (JDF) employees, as well as the 2019 Parish Champions from the Jamaica Teachers' Association (JTA)/Sagicor National Athletics Championship with scholarships to help with offsetting back-to-school expenses as they prepare for the new school year.

In a release yesterday, Sagicor said following a robust application process, tertiary scholars were selected from a pool of more than 1,200 applicants — based on academic performance, community involvement and volunteerism, strong leadership potential, and financial need. They are pursuing first degrees in varying fields of study at The University of the West Indies, University of Technology, Jamaica, Mico University College, Northern Caribbean University, Caribbean Maritime University, and the Edna Manley College of the Visual and Performing Arts, the release said.

They each received a renewable scholarship valued at up to $300,000 per year towards tuition fees for a maximum of four years.

Meanwhile, 21 secondary awardees received $50,000 in renewable scholarships for five years; and 18 children of JDF service members and civilian workers received grants valued at $40,000 each for one academic year, based on exceptional performance in the Primary Exit Profile (PEP).

Twenty-eight athletes from the JTA/Sagicor Athletics Championship were awarded with grants valued at $50,000 each, the release continued.

Dr R Danny Williams, chairman of the Sagicor Foundation, noted that the scholarship programme reflects the foundation's commitment to support the education sector and the development of youth.