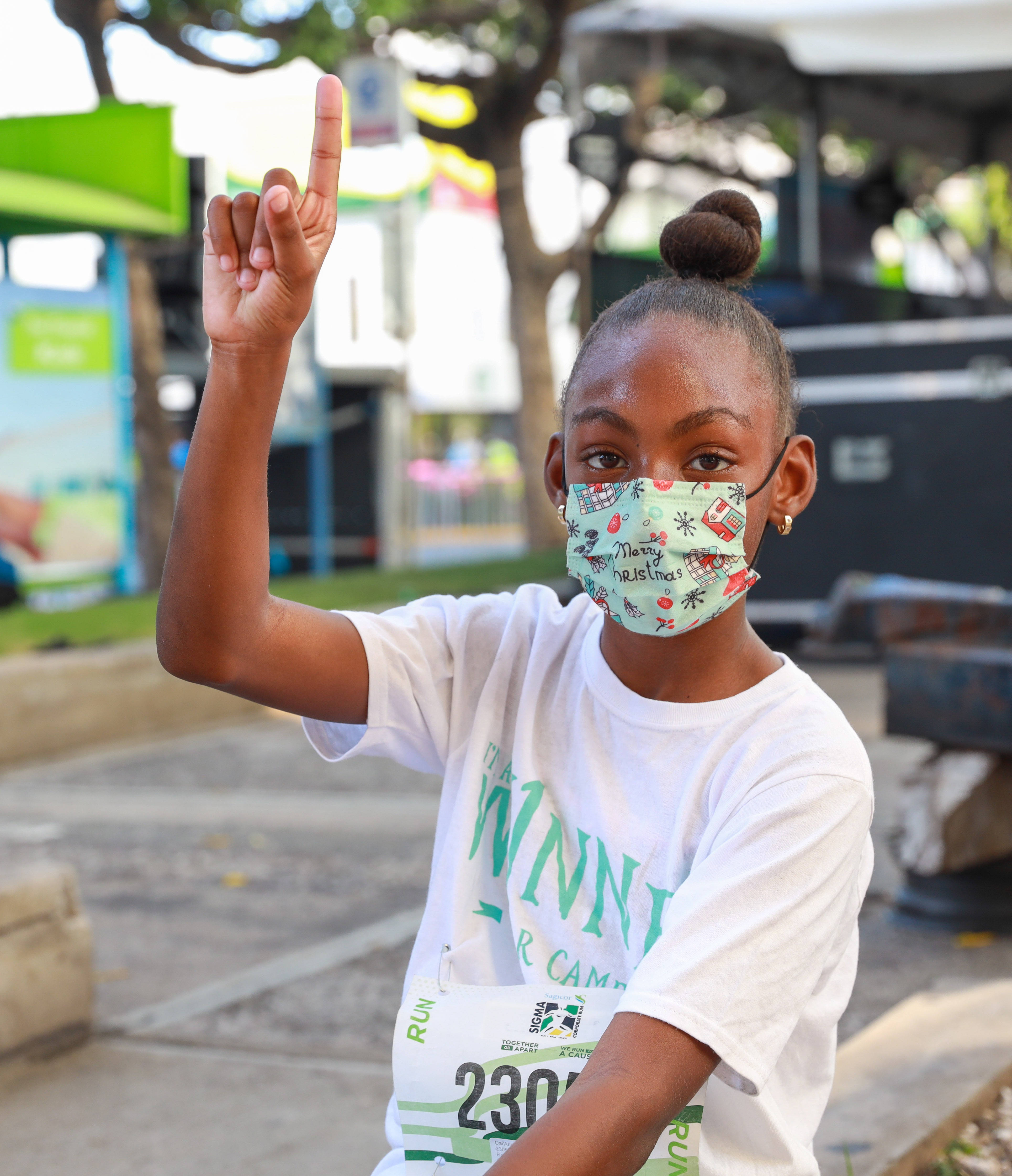 The youngest participant in the women's invitational event, she was presented with the Roger Chang Trophy — an award introduced by race organisers this year for the youngest person who completes the race. Driven by her love for running, Brown, who has built a record of consistent performance in the road race circuit, earned a place in the special invitational staging of the charity run this year and competed against some of the event's top finishers over the past three years.

For Brown, winning this award was an enjoyable and inspirational experience that made her tremendously proud of herself.

“It is my second time running at Sigma Run and I feel amazing to have won this award. I am very used to winning races, because I am always the first in my age group, so getting this award felt amazing. I am also very proud because I finished the race in 35:54 minutes and it was my first time running without my father beside me,” said the fourth grade Portmore Missionary Preparatory School student. Her father, Daimeon, competed in the men's event which went off before the women's race.

The award also memorialises businessman, Roger Chang, who for the past 22 years was fundamental in the execution of the Sagicor Sigma Corporate Run and was a wholehearted supporter of what the event represented for Jamaica. This year's race route also incorporated Pawsey Avenue in New Kingston, where Chang's family home is located, in tribute to the late Sigma Run supporter.

Alysia White, executive director, Sagicor Foundation, congratulated Dai'Anna for her accomplishment and explained that the award was also created to encourage youth athletes to go after their dreams.

“Roger was a dedicated man full of passion for his job. This award commemorates his love for the run and his tremendous commitment to ensuring the race went off without a hitch. He meant a lot to us at Sagicor and we thought what better way to honour his legacy than to encourage the future generation of runners to be as earnest and committed when going after their dreams,” she said.

According to White, Chang was usually responsible for assessing the database of the race registrants to assign bib numbers to some 25,000 registrants in a typical year. He also liaised with the timing team, which would usually travel from the United States each year for the race, as well as assisted with set-up of the equipment that recorded the participants' time.

His children, Natasha and Brandon Chang, thanked Sagicor for immortalising their father's legacy and his commitment to supporting a worthy cause.

“Roger was a pillar in his community in so many ways and, myself and my brother Brandon continue to feel that even after his passing. We are humbled that Sagicor has created the Roger Chang award for the youngest participant, as our father's greatest gift was sharing his wealth of knowledge for the next generation. We couldn't be more honoured to continue his legacy with this acknowledgement of his life,” Natasha said.

For more information on Sigma Run click the link below: