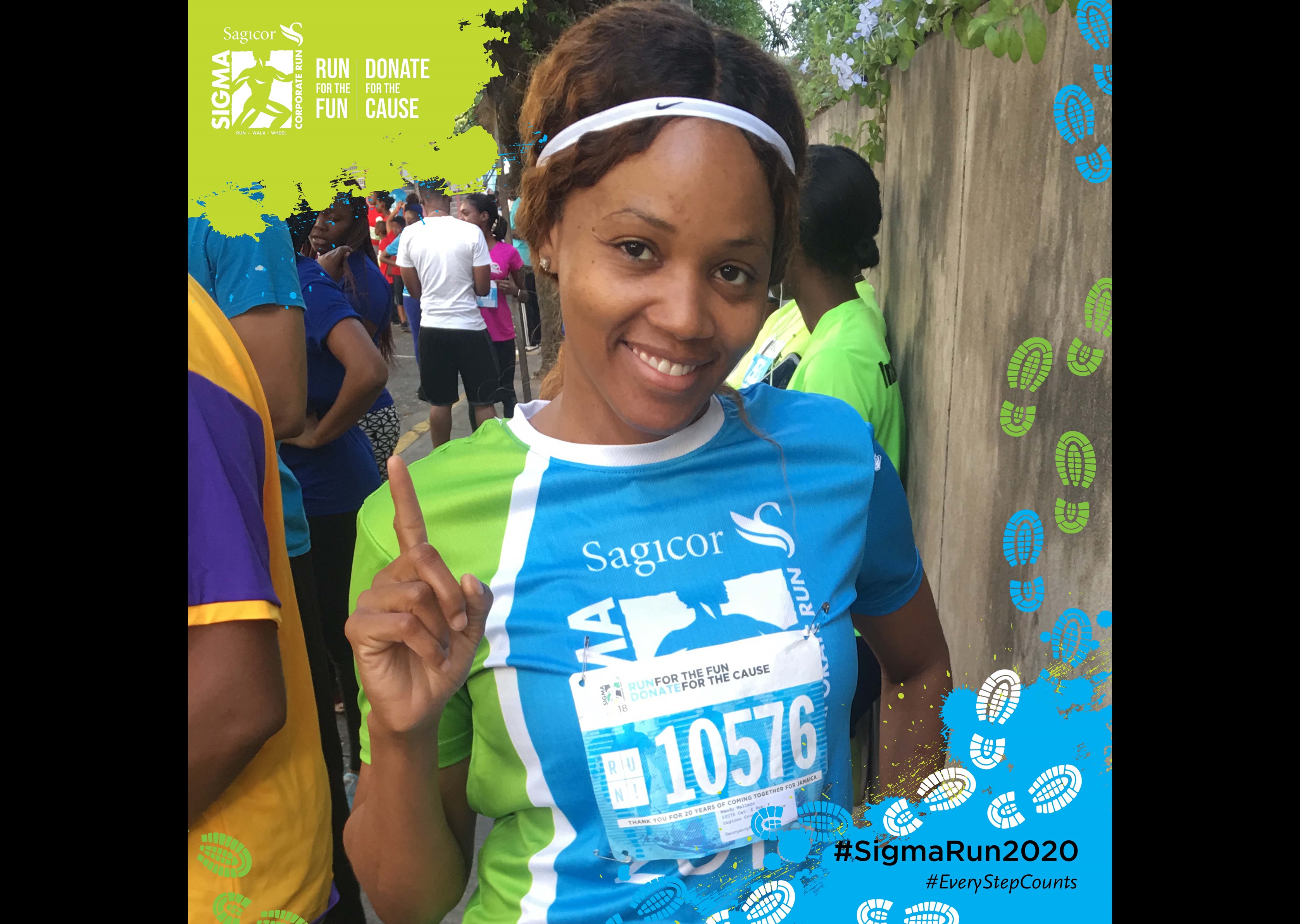 WENDY Wallace envisioned herself on the international stage, delivering stirring motivational addresses and being interviewed by renowned television personality Oprah Winfrey. This dream was born out of a desire to use her personal story of triumph to inspire others who, like her, want to make a difference in the world.

In October last year, Wallace, a Sagicor Life Financial Adviser, took a bold step towards achieving this dream – gracing the same stage on which American comedian and entertainment personality Steve Harvey spoke at the Sagicor Motivational Seminar (SMS) in Montego Bay, St. James. Her delivery and riveting story won the attention of her audience of some at the event and thousands more on social media. In the months following, Wallace has been invited to share her story as a speaker at numerous other corporate and educational engagements, including a guest speaker appearance at a graduation ceremony at the Office of the Prime Minister. She was also invited as a guest on TVJ’s Smile Jamaica’s Girl Power Tuesday show to uplift young women through her story.

“It has been a superb experience and has given me such a wonderful feeling. For me, it feels like this has led me to my purpose – I have always been passionate about helping young people and now, through my job as a financial adviser, as well as by being a motivational speaker, I feel like I can have an impact and help persons make the best of their lives,” she said.

Wallace was raised by a single teenage mother in eastern Kingston; her father, an area leader, was killed when she was still a baby. As a child, she witnessed her mother’s daily frustrations as she struggled to provide for the family, leading Wallace to make a commitment to herself, even then, to strive for excellence. Her upbringing – characterised by frequent criticisms of her spirited and bold personality as well as the many naysayers who didn’t believe in her vision for her life – only served to cement in her the reality that education was her one certain ticket out of the poverty that she grew up in. Wallace said her background has taught her how to repurpose her struggles as part of her formula for success.

“At a young age, I had to learn survival skills, which has led me to where I am today in my career; what I have been through has taught me how to be solution-oriented and to think quickly on my feet,” she said.

Wallace, a Convent of Mercy Academy (Alpha) alum, has a first degree in Accounting, with minors in Management Studies and Economics from the University of the West Indies. She also holds an MBA in Marketing from the Mona School of Business.

In 2017, she accepted the position as financial advisor at Sagicor Life’s Corporate Circle branch and in four short months she qualified for Century Club, awarded on the completion of over 100 insurance cases;and the Million Dollar Round Table (MDRT) – the premier association for financial professionals. She performed so well in her first year that she was awarded the coveted Sagicor Rookie of the Year title for 2017.

“It has been an amazing journey for me. I believe God places persons where they can flourish the most. I never anticipated that I would be working in insurance but being here at Sagicor and in this industry has given me the platform to advance my career and to make a difference,” she said.

Wallace, known to her clients and colleagues as ‘Wealthy Wendy’, has set herself apart as the vivacious, honest advisor who is focused on helping others create and maintain wealth while motivating them to rise above their individual hardships, using her own life as an example.

“Being a financial advisor is about helping persons to create wealth, put in place proper financial management and planning as well as helping them to fulfill their dreams and protect their family’s legacy,” she said.

She explained that she coined the moniker ‘Wealthy Wendy’ for herself as a self-fulfilling prophesy, committing to believing in it for herself and her clients and working towards achieving it. To her, wealth encompasses not just financial wealth, but extends to spiritual, emotional, physical and professional wealth. “When you say it, you have to believe it and you have to put in the work.”

“I am a high achiever. I don’t believe in failure. If I have something to do, I will ensure I do it well from the start. I am also very competitive and so I am driven to be at the top of my game at all times,” she added.

Wallace said her vision for the new year is to continue on her path of success, walking in faith that she will one day take her message of triumph and living in wealth globally.

“When I think about my life, I often ask the question, what do I want to be remembered for. I want people to know Wendy as a good person, who gives of herself, is always genuine and who uses her life as a motivation to others,” she said.