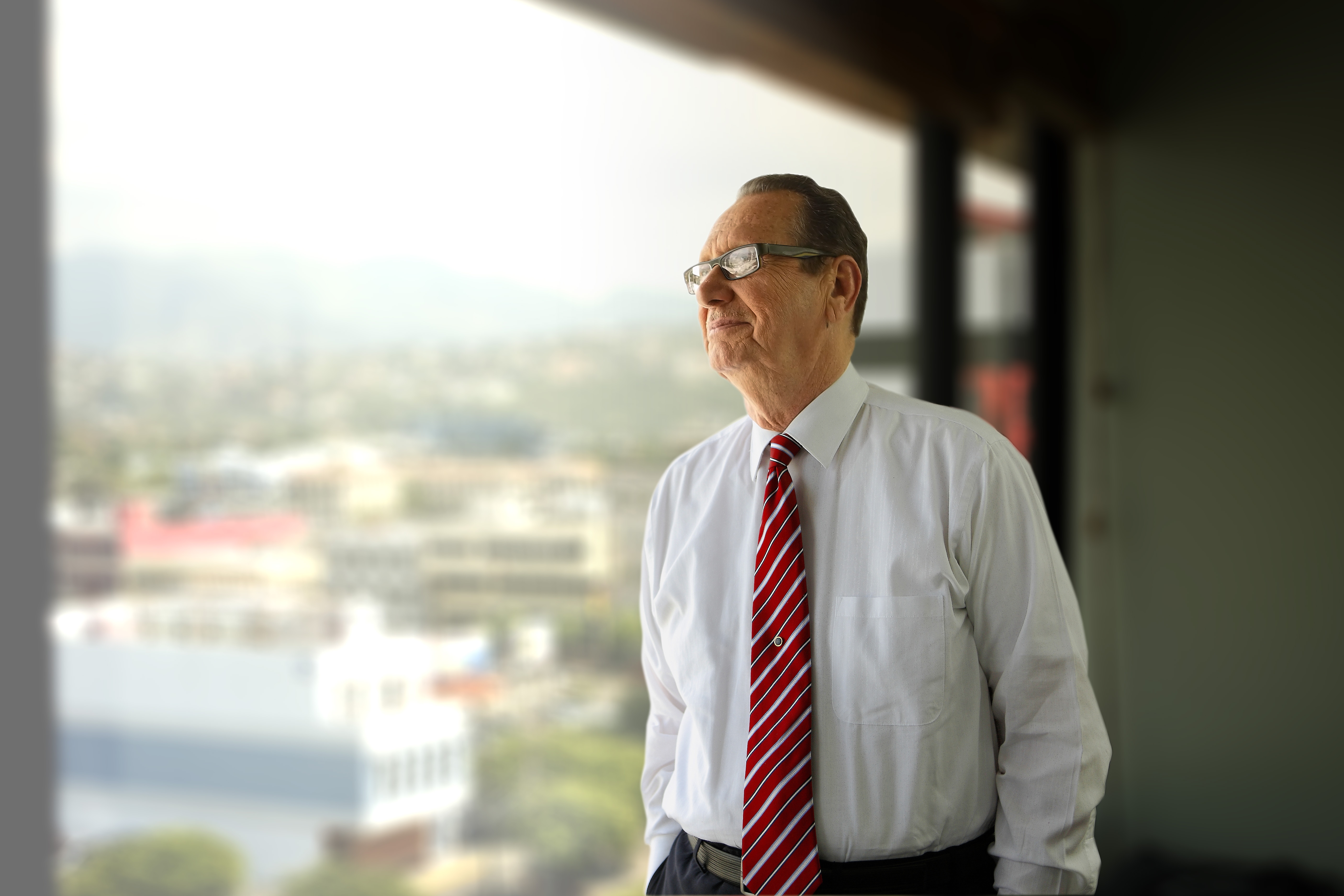 The Company That Changed an Industry  - Danny Williams Reflects on The Birth And Growth of LOJ, now Sagicor

The Company That Changed an Industry  - Danny Williams Reflects on The Birth And Growth of LOJ, now Sagicor

The Company That Changed an Industry - Danny Williams Reflects on The Birth And Growth of LOJ, now Sagicor

The pride in R Danny Williams' voice is unmistakable as he reflects on the birth of Life of Jamaica (LOJ) 50 years ago.

The process, he reveals, was guided by a zeal to create a truly Jamaican financial sector.

“In 1970 when Life of Jamaica started, we had a very, very small financial industry. We had about 17 foreign companies operating here in the banking and insurance sectors, and apart from Citizens Bank, which had been formed in 1968, we had a completely foreign-owned financial sector. All the profits made in Jamaica were shipped abroad,” Williams recalled in a virtual Jamaica Observer Press Club interview last week, ahead of yesterday's start of celebrations marking the 50th anniversary of the group now known as Sagicor.

“As far as the life insurance industry was concerned, very, very little was invested in Jamaica. Let me give you an extreme even the urine samples were sent to Canada for testing; that gives you an idea of how the business was completely foreign,” added Williams, who is now director emeritus of the group.

Apparently inspired by the fact that Citizens Bank was the only Jamaican bank — where Douglas Fletcher and Russell Graham were the main architects — Williams and his colleagues at North American Life Assurance Company of Canada set out to form LOJ.

The decision was a hit.

“From the word 'go', we got tremendous support. The first day we sold more insurance than we had ever sold in a month before. In fact, the support was so good that we nearly ran into serious financial problems — we were selling too much insurance,” Williams said. “The fact of the matter [is that] we actually had to slow down after [that].”

The business, he said, grew steadily over the years.

Yesterday, in a news release, the company noted that it developed products suited to the Jamaican market, including innovations such as pooled investments pension funds, a workers' mortgage scheme, specially rated policies for women, and equity-linked contracts.

It also entered the real estate market, constructing apartment buildings catering to the country's middle class, shopping centres across the island, commercial complexes, and office buildings — all while giving support to many meaningful causes.

But trouble brewed in the 1990s when ruinous Government policy resulted in a meltdown of the financial sector.

“We ran into some financial difficulties in the 1990s, which were not of our making. They were entirely due to the conditions in the country and the significant drop off in the value of all our assets and the fact that we had to borrow money,” Williams reflected.

The Government, though, salvaged the company by putting in capital, which, in 2001, was sold to a consortium of Barbados Mutual Life Assurance Society and Life of Barbados, which was later merged and renamed Sagicor Financial Corporation.

Life of Jamaica was then merged with Island Life, which had been previously acquired by Barbados Mutual Life.

“Looking back over the years, you can only say you are pleased with what has been achieved because of the impact it [LOJ] has had on the industry. It stimulated a localisation of the whole banking sector,” said Williams, who was conferred with the national honours Commander of the Order of Distinction in 1972 and the Order of Jamaica in 1993.

His satisfaction was shared by Peter Melhado, who was last July named chairman of the group, but who is no stranger to the company, having been invited by former Sagicor president and CEO Richard Byles to serve as a director about 16 years ago.

In fact, Melhado's connection with the group goes as far back as 1970, because, as Williams tells it, his father OK Melhado “was one of the founding directors of LOJ”.

But there is more.

“We had a family business called Manufacturers Merchant Bank, which merged with Sigma and then we reversed it into Caribbean Merchant Bank at the time, which was part of the PanJam Group, which became part of the Sagicor Group,” Peter Melhado explained.

He described his elevation to the group chair as “an incredible privilege” and praised Williams for the role he still plays in the company after so many years.

“First of all, how many companies have the benefit of having the person who actually founded it 50 years ago still participating actively in the business?” Melhado asked. “I think that's an incredibly unique situation.”

He commended Williams for the way he interacts with and mentors team members, and noted that the director emeritus is always making recommendations on ways to build and support the team.

“So that ethos has permeated through the 50 years and strengthened,” Melhado said, adding that the aim of the group is to continue living the ideal of being “Sagicor strong” for the next 50 years.

Current president and CEO Chris Zacca, who succeeded Byles when he moved on to become central bank governor just over three years ago, was equally effusive in his praise of the company and its staff.

“One of the reasons I joined Sagicor was because of its culture, and I think that culture stemmed and was born with the seed that was planted in 1970 by Honourable R Danny and a small group,” Zacca said.

“It's one that has pervaded for 50 years; it is about service, decency, motivation, serving our internal clients, our team, as well as our external clients, and making a difference in the community generally. In my three-plus years I have just tried to emulate and further that, and I think it's the secret to our success,” Zacca added.

“Our brand is very, very strong. Our internal satisfaction of our team members blows everybody out of the water, and I think that drives the successful performance.

“We're number one in insurance by far, probably number three in banking, and in investment banking we're number two and in some areas number one. As a pension fund manager we are extremely strong and number one, and that gives us the strength going into this recession and the economic impact that we're facing now, to be very resilient and very confident,” he said.

“Mr Williams and Richard Byles, before he left for the Bank of Jamaica, have been very, very supportive and the entire team has been really a champion team,” said Zacca.

For more information on our 50th Anniversary celebrations, click the link below: