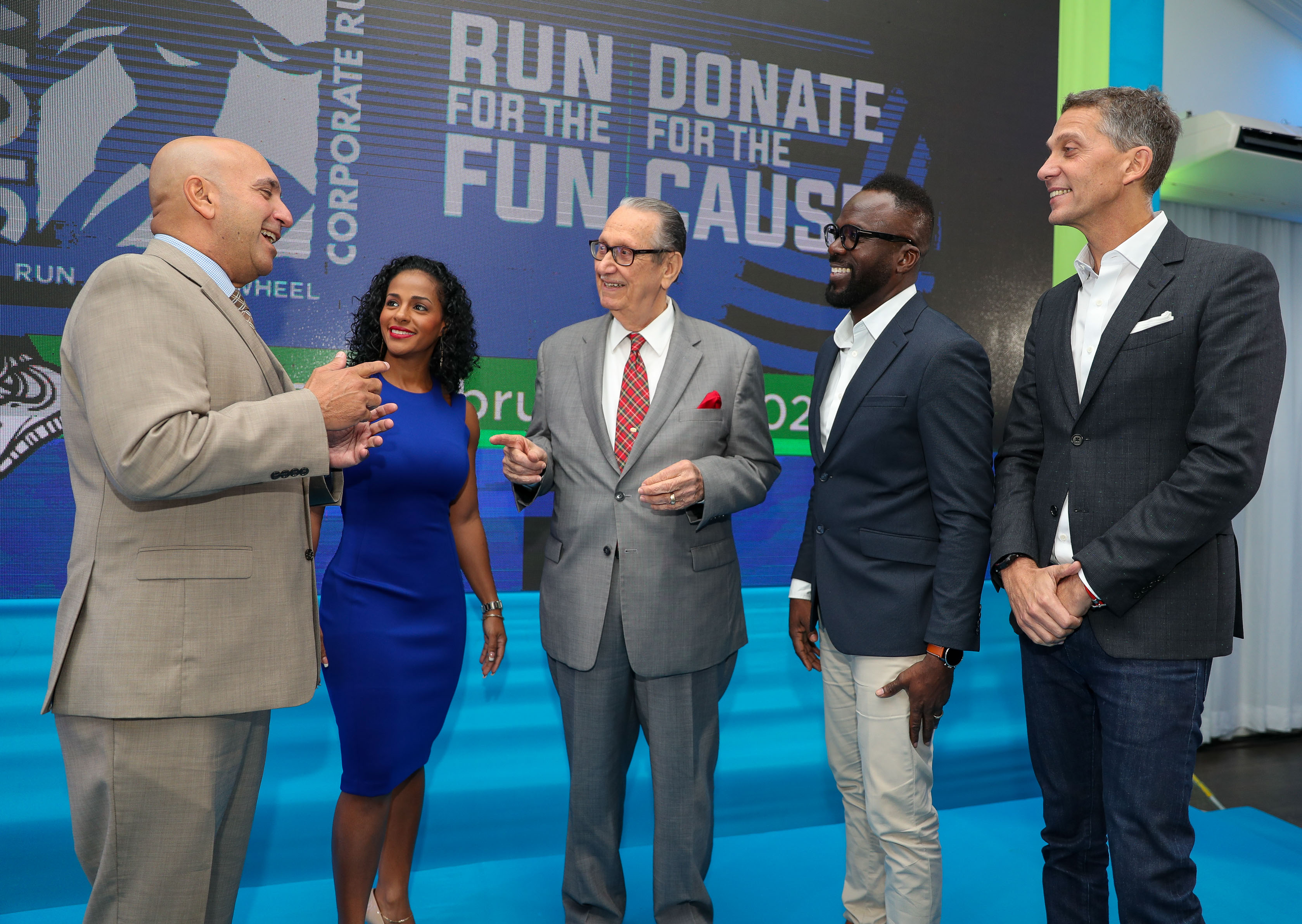 Sagicor Foundation has announced a $55 million fundraising target for the 22nd staging of the Sagicor Sigma Corporate Run. The event is scheduled for Sunday, February 16, beginning at 7.30 am. The announcement was made at the launch event held at the Spanish Court Hotel in Kingston on Wednesday.

Proceeds from this year’s run will benefit the Savanna-la-Mar Hospital in Westmoreland, rebuilding efforts for the Clifton Boys’ Home, which was razed by fire in 2017, and the operating theatre and special care nursery at the Bustamante Hospital for Children.

Speaking at the launch event, Sagicor Foundation Chairman, R. Danny Williams, reiterated Sagicor’s support for the health sector, noting that all proceeds from the race event will go towards securing much-needed help for the beneficiaries.

“To help us meet this target and even exceed it, we need the help of corporate Jamaica and individuals, to not only to support the actual run but to donate as well, as registration accounts for just about 50 percent of the proceeds raised.”

President and CEO of Sagicor Group Jamaica, Christopher Zacca, in his remarks emphasised the significant role each supporter of the Sigma Corporate Run plays in the success of the event.

“Ladies and gentlemen, it is because of you and the wider support of our fellow Jamaicans and corporate entities why Sigma Run continues to grow and have such a profound impact on the lives of so many Jamaicans; without you, we would not have been able to have such an amazing and successful track record.”

Since its inception in 1999, the charity event has raised some $400 million, which has benefitted over 30 health and child-related institutions.

Last year, the Sigma Run raised $52.4 million in cash and kind for three beneficiaries – the Diabetes Association of Jamaica, the Lupus Foundation of Jamaica and the May Pen Hospital Neonatal Intensive Care Unit. The race continues to be the largest road race in the Caribbean.

Registration is now open, and individuals, companies, and groups can sign up to participate on the company’s Sigma Corporate Run website at www.sagicorsigmarun.com; registration closes on January 31, 2020.