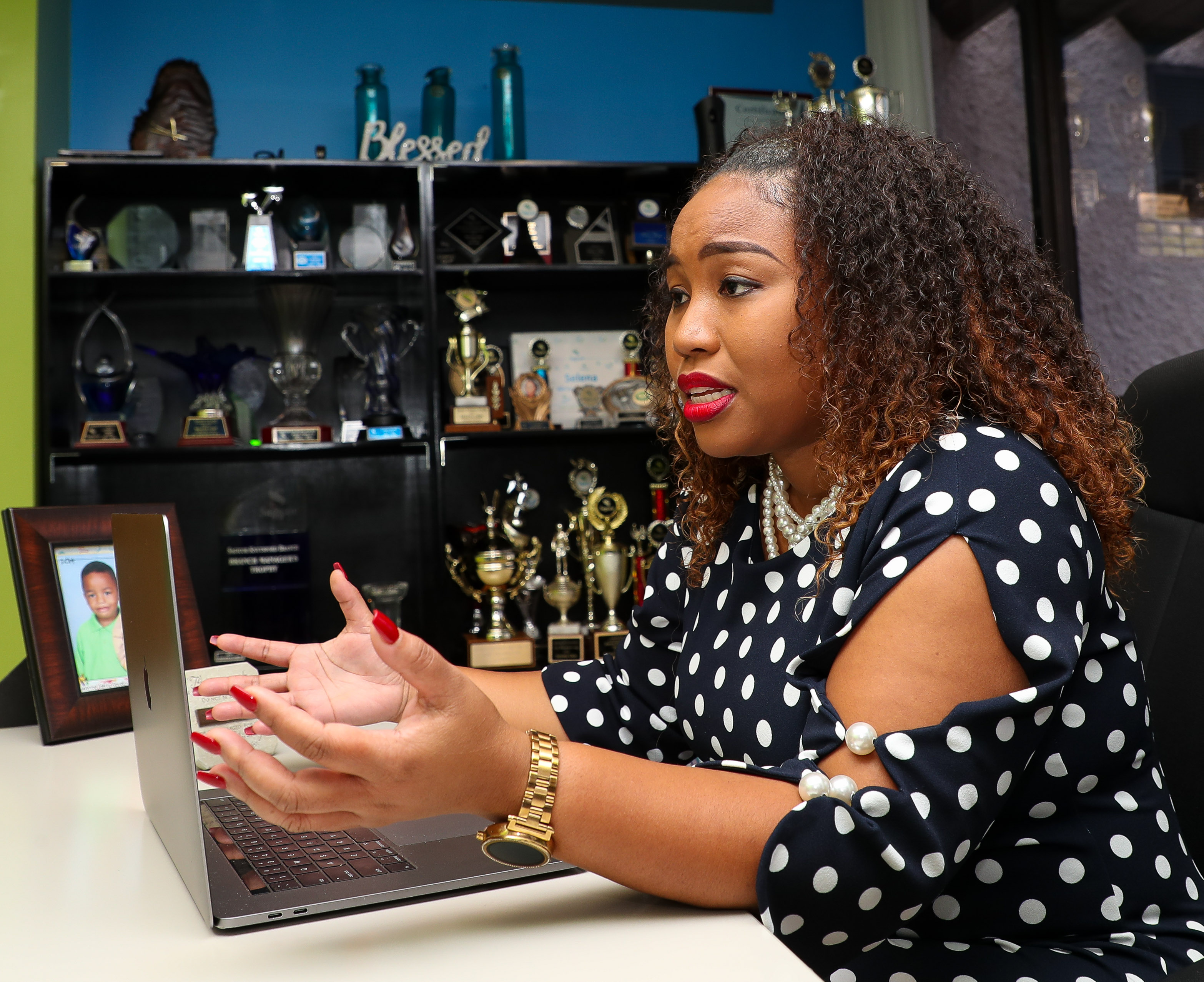 Selena Chin has shaped the trajectory of her career through a commitment to the core principles of maintaining discipline and a clarity of focus. This, coupled with the drive to overcome even the most difficult challenges, a lesson honed by the examples of her mother since childhood, has been the guiding force behind her success as a leading Sagicor Life financial advisor.

Chin, who joined the company in 2009, is known as the 'Cases Queen' by her fellow advisors, having won the coveted R Danny Williams trophy, named for the Life of Jamaica (LOJ) founder and renowned industry mogul, for eight consecutive years, for being number one in the company for settling insurances cases. Although she has accumulated an array of other awards and accolades, this honour remains her most valued due to her admiration for Williams, and because it speaks to the result of quality relationships formed with her clients. 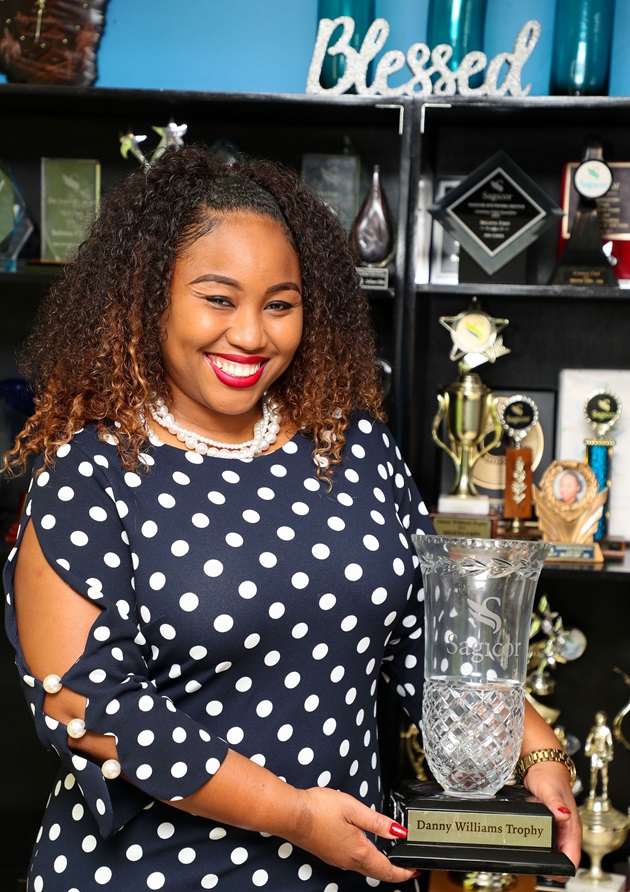 “I have always been very clear about what I want and I always have good discipline. I also set very high standards for myself and I ensure that I stick to them,” Chin said, describing her formula for success.

However, it was not always a picture of perfection for her. In fact, after the St Hugh's High School alum graduated with honours from the University of Technology, Jamaica armed with a degree in business administration, she struggled to get a job. Scores of résumés later, she received an invitation to interview at Sagicor, which was then LOJ. Despite her best efforts, however, a 20-year-old Chin was disappointed to learn that she was considered too young and inexperienced for the tasking job of insurance advisor.

Leading with the amicability of her personality, however, she persevered to win the admiration of the unit manager for the branch, who lobbied on her behalf but repeatedly returned with the news that the branch manager was not willing to take the chance on her. Following a fortuitous encounter with the then branch manager, Randolph McLean, and a dash of bravery, however, Chin was able to convince him to give her a trial period of six months.

“If I should fail in the six months I won't wait on you to ask me to leave, I will walk away myself,” she told McLean, who upon his retirement eight years later would give her his GOAT trophy for being his Greatest of All Time.

At the end of that year, she was awarded second runner-up to the Rookie of the Year. For a while she soared, revelling in the surprise of her success; but then two years later her production declined drastically and she ended up with one of the lowest productions of advisors in the company. She received a warning letter advising that her performance must improve for her to continue in the position.

“I remember praying, saying God, I got myself in this situation I must get myself out. It turned out that while it was my worst year in terms of production, it was also my best because of the depth I had to dig in order to come out of the situation I was in. The spirit in me would not allow me to give up so I started to put formulas in place to improve. I started to understand that without pressure there is no diamond; and without struggle there is no strength,” Chin said.

She decided she had to change her approach to insurance from one focused on selling to one built on quality relationships; while also leaning on her mother's lessons about hard work. 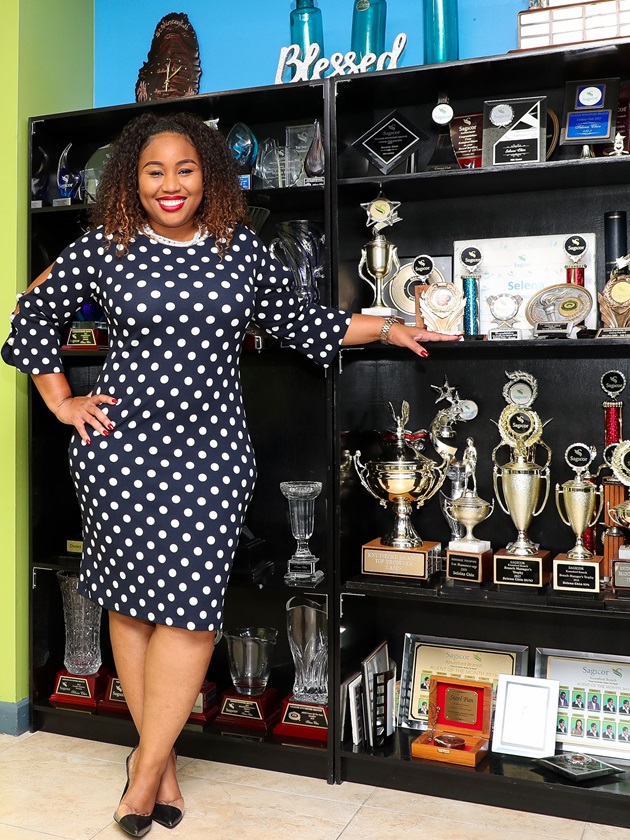 “During that period I had to learn to work three times as hard just to return my output to average. After that year, although the situation had changed, I still knew how to work three times as hard. In learning how to come out of that situation I learnt how to be a mega superstar,” she said, adding that changing her approach ultimately changed the world around her and earned her friendships across industries.

Since then, she has travelled across the Caribbean to be a guest speaker at Sagicor's Blast Off events and has been a repeat speaker at the biennial Sagicor Motivational Seminar. Chin has also represented Jamaica in several capacities on the leadership board of the Million Dollar Round Table, the premier global association of financial professionals.

She also started the Selena Chin Foundation, which gives back to educational and sporting causes and is the owner of the Green Pasture Nursing Home in Stony Hill, St Andrew, a retirement home that seeks to provide quality care for the elderly.
Born in St Ann, she moved to Kingston when she was five years old with her mother, Colleen Hamilton, a single parent who struggled to acquire a consistent source of income, but would do all she could to provide while instilling in Chin the value of education and commitment to excellence.

“The beautiful thing about how my mother raised me is that I never understood that I was poor until I was old enough. She didn't raise me with a feeling of being deprived of anything; the understanding was that the situation is challenging but you find a way,” she said.

Chin took out student loans to attend university and depended on the kindness of her church family and other benefactors to complete her studies.

“I would tell my classmates at university that I could not afford to fail. I made it my mission to soak up this education as best as possible so I could seek opportunities for myself,” Chin shared.

Through it all, however, she said she never lost sight of her mother's efforts to provide for her holistic development. This is the reason why she now takes her mother with her to all her awards ceremonies, handing the trophies over as soon as they are collected.

“Success for me is my mother's pride. I win these awards for my mother; I work as hard as I do because I know my success validates her struggles and hard work,” she said.

The mother of a 10-year-old son, Jonathan, Chin encourages young people to set goals and develop strategies to stay committed to them. 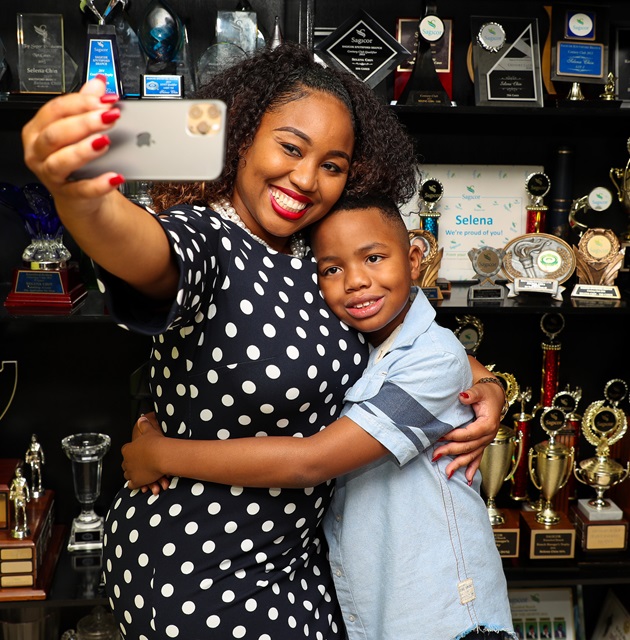 For more information on our team members, click the link below: