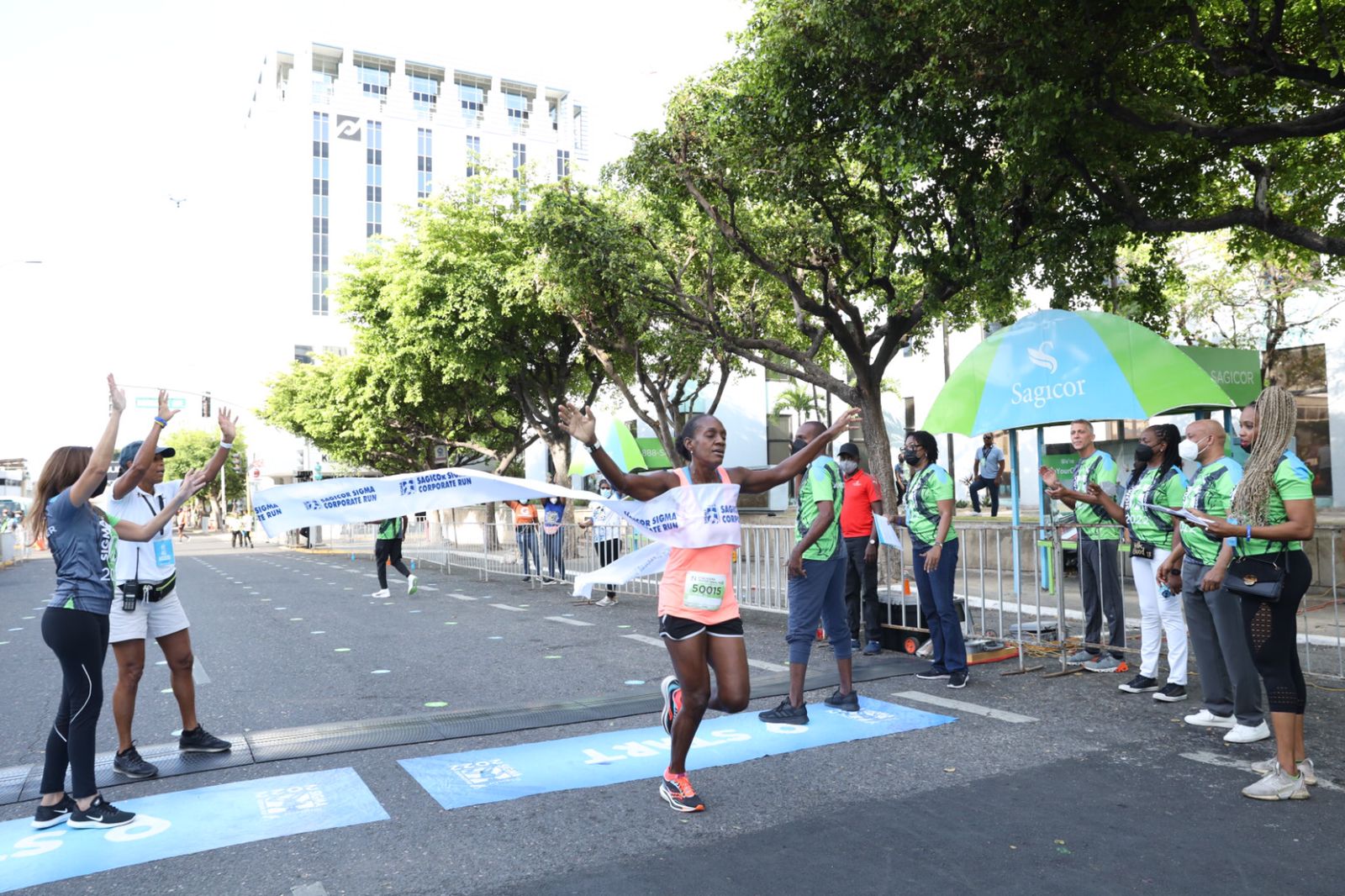 The over 260 participants, separated in male and female categories, took on a double loop course (5.5 kilometres) in New Kingston. Last year’s female winner, Jozanne Harris, retained her title by completing the course in 23:15 minutes, bettering last year’s time of 23:31 minutes. Second was Keshia Haughton in 28:29, while third was the energetic 59-year-old Dainty Lewis.

Following her victory, Harris shared that the route was hard and mentally challenging due to the many bends and exhaustion from competing in a race the previous day.

Ellis, a former Campion College student athlete, shared that he trains a lot for long-distance events like the 5,000m, so he was comfortable with the route.

“After 2km, I increased my pace and turnover to keep my legs steady. This is the first in a long time I am competing at the Sagicor Sigma Run, but I did well then for a youngster. It was a great season opener time going into the National Championship to come,” Ellis added.

This year, contributions have exceeded the initial target of $50 million, as donations now stand at $52 million, with the beneficiary, Kingston Public Hospital, looking to procure medical equipment with the funds raised. The Sigma road race, which started in 1999 in downtown Kingston, has now donated more than $550 million to numerous beneficiaries.

The funds raised was announced by Peter Melhado, chairman, Sagicor Group Jamaica, as he greeted the participants at the start line ahead of yesterday’s race.

Melhado thanked all the participants who came out in support of both the Invitational event and the Sigma Team Bubble Run, which was held on Sunday, March 13. “We are grateful for the continued support of our race participants, our kind donors – both individuals and corporate – our sponsors, and Sagicor team members who came together in a big way to make this race possible,” Melhado said.