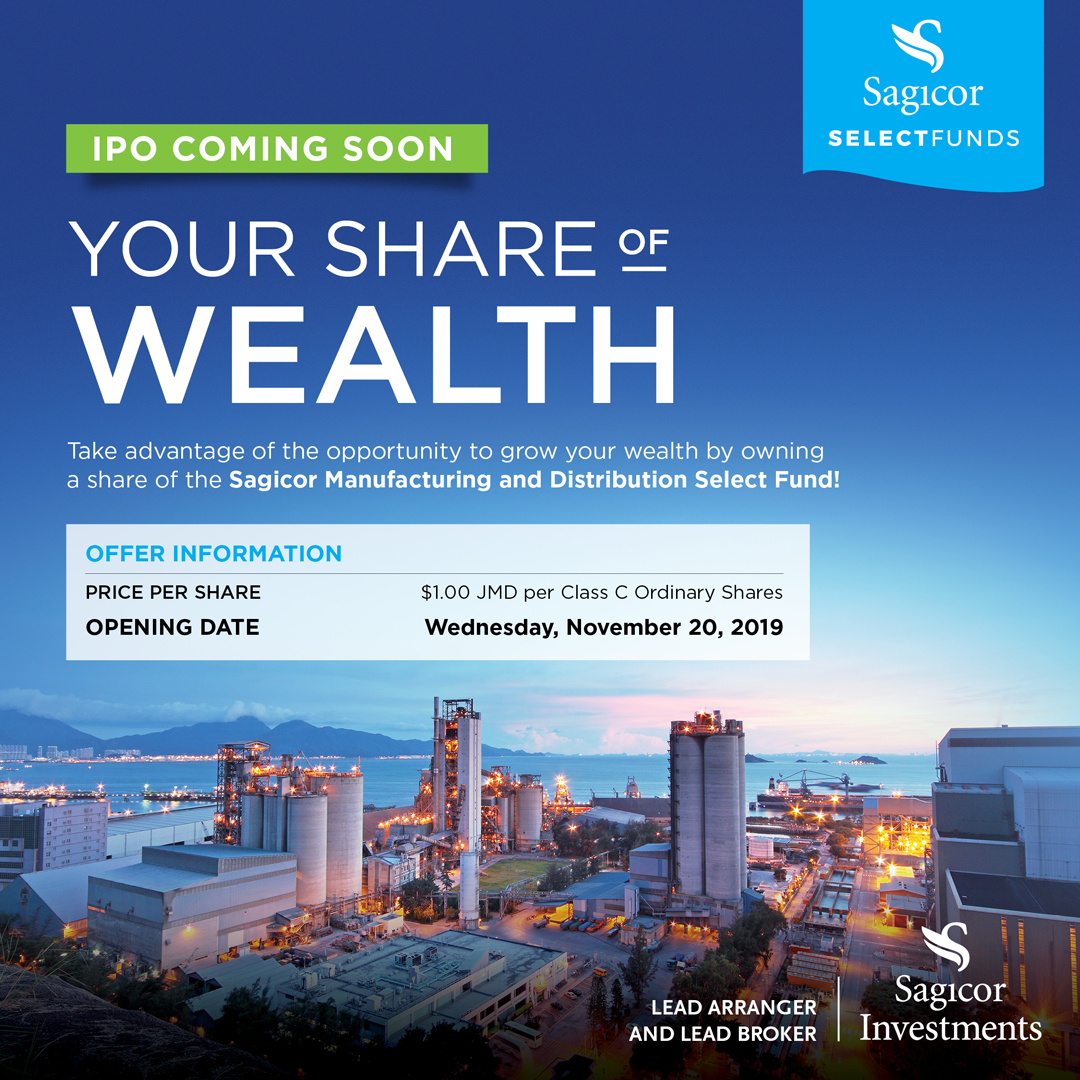 Sagicor Select Funds on Wednesday announced the successful closure of an initial public offer (IPO) of shares for their Manufacturing and Distribution Fund, made available to the public last month.

In a recent release, Kevin Donaldson, chief executive officer (CEO) of Sagicor Investments, said that this class C ordinary shares will allow for ownership of stocks in the most successful manufacturing and distribution companies on the main and junior markets of the Jamaica Stock Exchange (JSE).

“We have reached our target and are grateful to the investing public for believing in the growth potential of Jamaica's economy and our local entities. This is just another avenue, through which Sagicor Investments enables Jamaicans to create, grow and preserve their wealth,” he said.

Donaldson underscored the importance of the fund and the benefits to the average Jamaican, noting that with one buy-in, Jamaicans can own their share of wealth in some of the island's top performing listed manufacturing and distribution companies.

He said the fund was a means through which investors can transform their financial security and earn from companies they support daily.

“With this fund, every time you take up a product in the supermarket, you can say, 'I own a piece of that,'” he stated.

In an IPO opened on November 20, the entity sought to raise $2.5 billion with the potential to upside to $4 billion, with each share priced at $1 wherein a minimum purchase price of 1,000 shares was required.