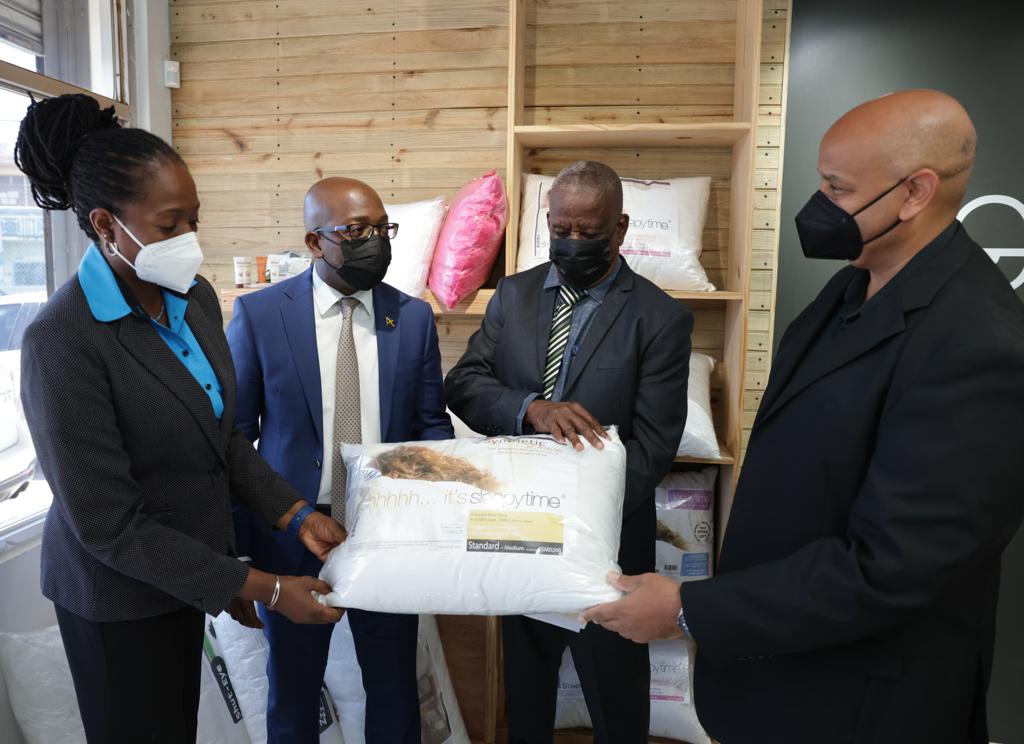 The maximum $50-million credit facility for small and medium-sized enterprises (SMEs) launched by Sagicor Bank on Tuesday could be a game-changer in revolutionising manufacturing and agro-processing operations, says Michael Willacy, vice-president of SME and corporate and commercial banking.

The facility is priced at 6.5 per cent per annum over 12 years.

The loans are being funded from an initial pool of $1 billion.

“When I created it, the intention was for retooling. That’s predominantly what I wanted, because you can’t compete internationally without modern equipment,” said Willacy.

“So that is really in my view, the benefit, especially to a lot of manufacturers and agro-processors.”

Alecia Burgess, director of finance at Lama Services Company Limited, said her business has benefited from the investment option for a decade.

The family-owned business, which has been in the manufacturing sector for about 20 years, is now seeking to overhaul and modernise its machinery, in order to scale up its operations. And the investment in technology is in equipment as well as human resources.

Lama Services has invested in new machinery and bottling operations and increased hirings. The company is further eyeing a boost in its full-time staff from 15 to 25 by mid-2022, when administrators say it will be on track to expand its product range beyond syrup, baking wines, and coconut water.

“We are going to expand into beverages and increase the range of products that we have,” she disclosed and when reminded that the beverages might be a crowded field, was equally confident in her response.

“No matter how crowded the range is, if you offer quality products at the right price point and know the market, you certainly should be able to succeed.”

Meanwhile, chief executive officer of Sagicor Bank, Chorvelle Johnson, pointed out that Jamaica has one of the highest numbers of small and medium-sized businesses in the world because of citizens’ creativity and resilience – borne out in the colloqualism, ‘tun wi han’ an mek fashion’.

However, she observed that too many businesses don’t reach their full potential because the owners simply don’t have the resources for expansion.

“By working with our businesses, ... we have familiarised ourselves with the unique needs and characteristics of this dynamic industry, which will help us to serve them better. Our business bankers are also prepared and excited to provide one-on-one support with our clients in this facility,” said Johnson at Tuesday’s launch, which was held at the Toronto Avenue, St Andrew, offices of Creative Industries, one of Sagicor’s clients, which specialises in pillow manufacturing.

Minister of Agriculture and Fisheries Pearnel Charles Jr, who was guest speaker at the launch, called for greater investment in manufacturing and agro-processing.

“Over the years, our farmers and fishers have expressed their willingness to expand production and diversify their businesses. Notwithstanding this desire, their efforts have been hampered by the lack of affordable financing options,” said Charles.

For more information on our banking products and services, click the link below: