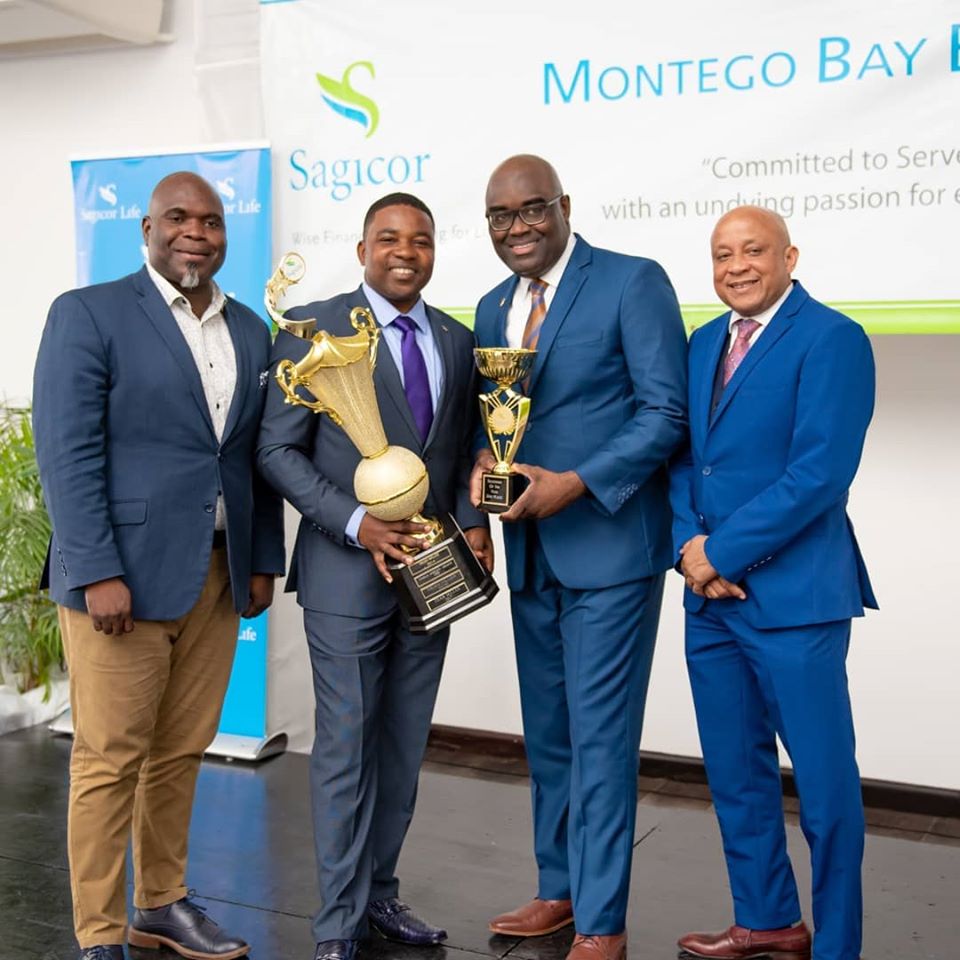 Sagicor Living Up To 20-Plenty

The Sagicor Life Montego Bay branch hosted its annual branch awards last week at the S Hotel Conference Centre in Montego Bay, where it was an atmosphere of celebration as financial advisers were rewarded and recognised for their excellent performance during 2019.

Mark Chisholm, executive vice-president, Sagicor Life Individual Life Division, congratulated the awardees, who he said all contributed to a successful year for the branch and the company. He also thanked them for their invaluable contribution to expanding the reach and impact of the Sagicor brand.

“As you know, we are calling this year 20-Plenty, because together we have so much to achieve and I am looking forward to everything we will do together. This will be a Golden Year for us and I am confident the Montego Bay team will continue to embrace the vision for even more success,” he said.

Top adviser, Oneil Brown, walked away with the Salesman of the Year trophy and the Branch Managers’ Award, while Dean Miller was runner-up Salesman of the Year, also receiving the trophy for best policy conservation and the R. Danny Williams Trophy for most cases. The coveted Branch Rookie of the Year trophy, awarded to the top adviser in their first year with the company, was handed over to Rhon Jones; while Carla Ashley Grant was honoured as the Top Female Adviser.

The ceremony also recognised the financial advisers who qualified for the Million Dollar Round Table, a global, independent association of life insurance and financial services professionals; as well as qualifiers to the Century Club, advisers who completed over 100 cases during the year.