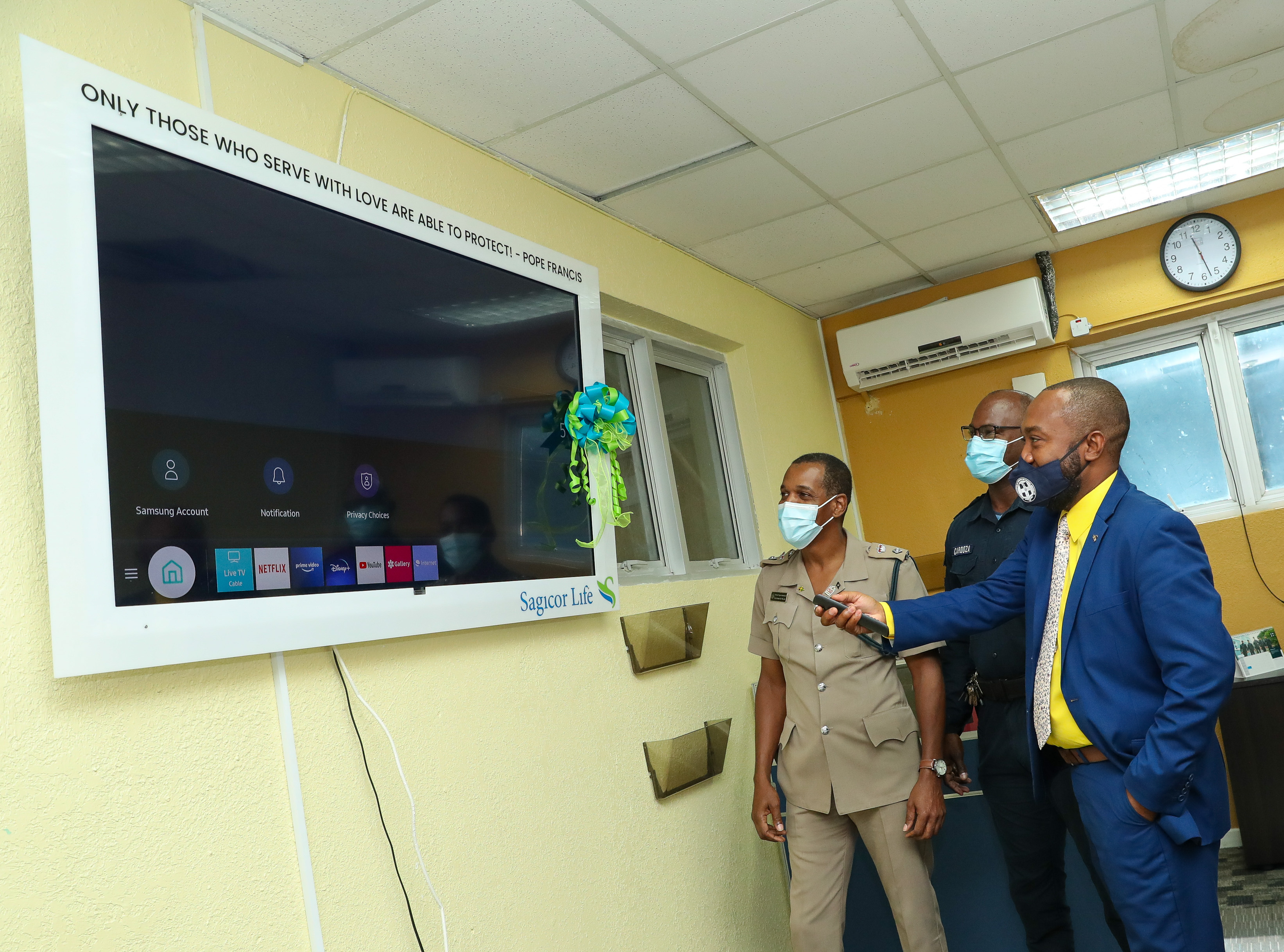 SAGICOR Life Jamaica has donated a 65-inch television to the Clarendon Police Division to assist in its crime-fighting and community surveillance efforts.

The equipment will help with the monitoring of multiple cameras across the town from their police station and will increase the police's effectiveness.

Senior Superintendent of Police (SSP) Glenford Miller, commanding officer for the Clarendon division, said the television has been beneficial in assisting in the management of the division's vehicle fleet and his officers' efficiency in responding to incidents.

“The television has been placed in our operations room — which is monitored on a 24-hour basis by our operations representative — and, as a result of that, we are now able to better identify or locate where our units are at all times. This better helps to inform us, especially as it relates to whenever a crime happens,” he explained.

Denton Atkins, financial advisor with Sagicor Life Jamaica, who was present at the official handover, said the company was pleased to have been able to assist the police officers and thanked them for reaching out when they needed help.

“Sagicor is a company that strives to enhance the lives of the people in the communities in which it operates, and this is just one of our latest efforts to advance this vision. As the life and health insurance provider for police personnel across the island, we have a close working relationship with the organisation and we are happy that the Jamaica Constabulary Force reached out to us for assistance with this project,” he said.

The Clarendon Police Division has seen an uptick in criminal activities in recent times, which resulted in the police's increased efforts to combat the upsurge. Closed-circuit television cameras were installed across the parish as part of the Jamaica Eye initiative to better monitor and respond to illegal activities in the town.

According to SSP Miller, the installation of the television in the operations room at the station has been integral in the team's intelligence strategy to assist citizens in distress. He said, “We know exactly which unit to call when needed because we know exactly where they are.”

The commanding officer also expressed gratitude to Sagicor and shared his expectation for a continued partnership between the two entities.