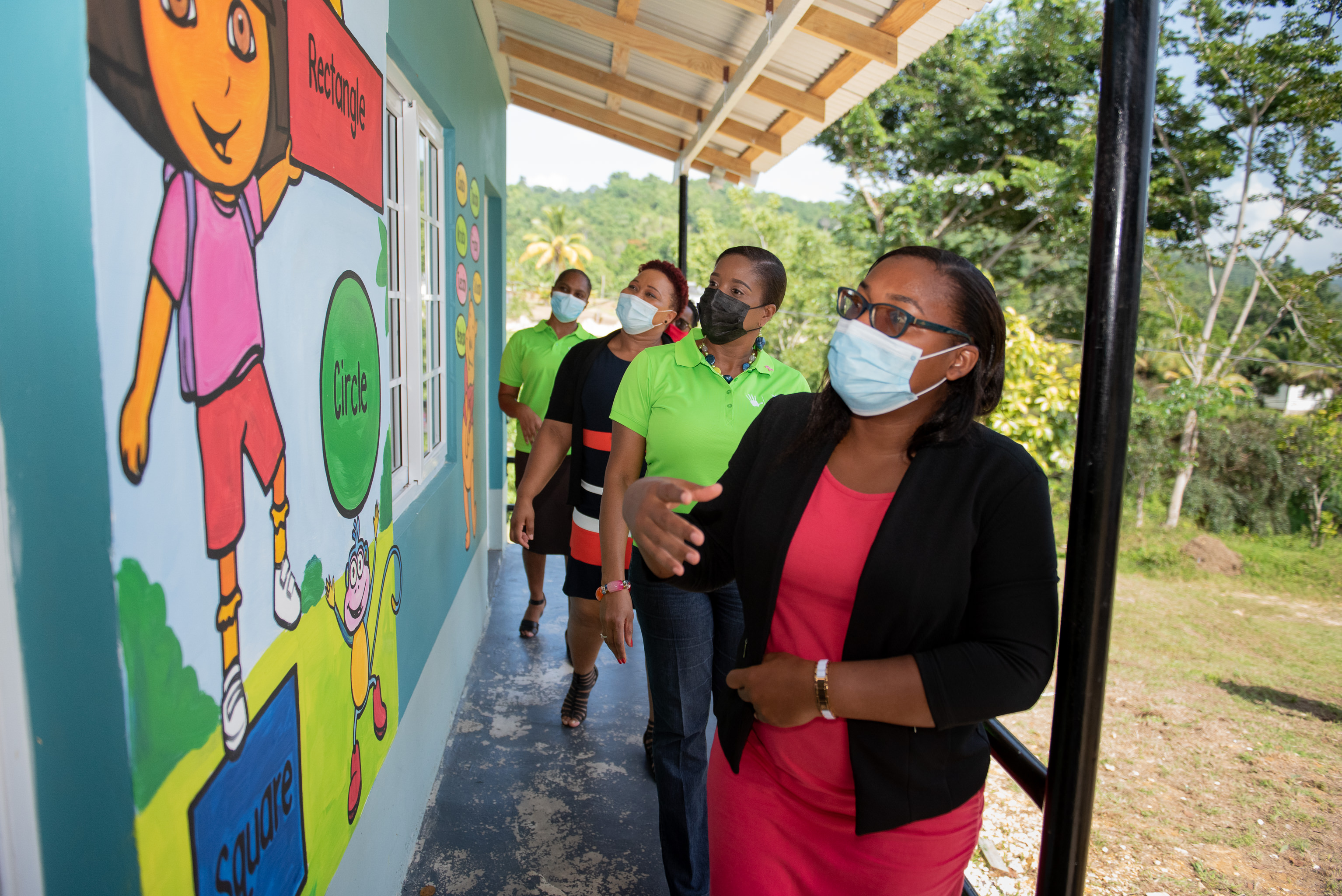 Sagicor Group Jamaica, through the Sagicor Foundation’s ongoing Adopt-A-School Programme, has completed the transformation of three early childhood institutions for the 2020-2021 academic year to the tune of some $20 million.

The completed projects were officially handed over by Sagicor Foundation last week during three small ceremonies held at each school where school administrators, students and community members expressed their gratitude for the well-needed facelifts at each institution.

Alysia White, executive director, Sagicor Foundation, shared that Sagicor remains committed to supporting Jamaica’s development through education, and that through the Foundation’s Adopt-A-School Programme, the company invests annually in upgrading early childhood institutions across the island to help schools be better able to provide a more comfortable environment for children to foster teaching and learning.

“At the Sagicor Foundation we believe that contributing to the development of education is one of the most impactful ways in which we can be of service to the people in the communities in which we operate,” White said.

“As one of our longest-running initiatives – since the days of Life of Jamaica – the Adopt-A-School programme continues to positively impact the lives of thousands of Jamaican children as they journey through the nation’s educational system.”

Speaking at the handover event at the Sligoville Early Childhood Development Centre, Sagicor Investments Jamaica Vice President, Capital Markets, Mischa McLeod-Hines noted that the upgrades at all three schools have enabled them to come closer to satisfying the requirements of the Early Childhood Commission (ECC) 12 Standards as they prepare for the reopening of schools for face-to-face learning.

The Foundation’s executive director also noted that additional space to accommodate physical distance in classrooms was of particularly high priority for schools this year, given the COVID-19 pandemic.

Under the programme, the Sagicor Foundation completely rebuilt the Beeston Spring Early Childhood Institution in Westmoreland, providing them with three large new rooms to be used as classrooms and an administrative office. The school was also supplied with new desks and chairs for students and staff, a furnished sick bay, and a well-needed face-lift to the kitchen and canteen.

The Cornwall Gardens Basic School in St James also received a facelift with the construction of a new building, which will serve as an additional classroom and administrative office.

The Sligoville Early Childhood Development Centre received a number of upgrades, including full refurbishing of the school’s restroom facilities and playground.

“These improvements will enable students and administrators to be safer and more comfortable, so the school environment can be more conducive to learning,” McLeod-Hines remarked.

In addition to the targeted upgrades done at each school, all schools were repainted and given other materials to improve the learning experience and public health compliance. These included educational artwork on walls, murals, charts, fire extinguishers, whiteboards and wall fans.

The principals, students, teachers and community members at each school expressed their heartfelt gratitude to the Sagicor Foundation for brightening not only the buildings, but the futures of the students who attend the institutions.

‘OVERJOYED TO BE SELECTED FOR PROGRAMME’

Taneisha Poyser McKnight, principal at Beeston Spring Early Childhood Institution, who presented the foundation with a plaque on behalf of her school and community, shared her appreciation.

“We are overjoyed to have been selected as one of the schools under the Adopt-A-School programme. When we submitted our nomination, we were only expecting the building to be refurbished, but when Sagicor came and inspected our building, they identified that the need was too great, so they demolished the existing structure and built what we have here today from scratch,” she said joyfully.

“Initially we had issues with spacing, leaking, cracks in the wall. Now we don’t have those issues, and we are much closer to certification, so we are very grateful.”

The Foundation has received close to 150 nominations for the next intake of schools under the Adopt-A-School programme, and will be announcing the new cohort for the 2021-2022 school year before the end of the 2021.