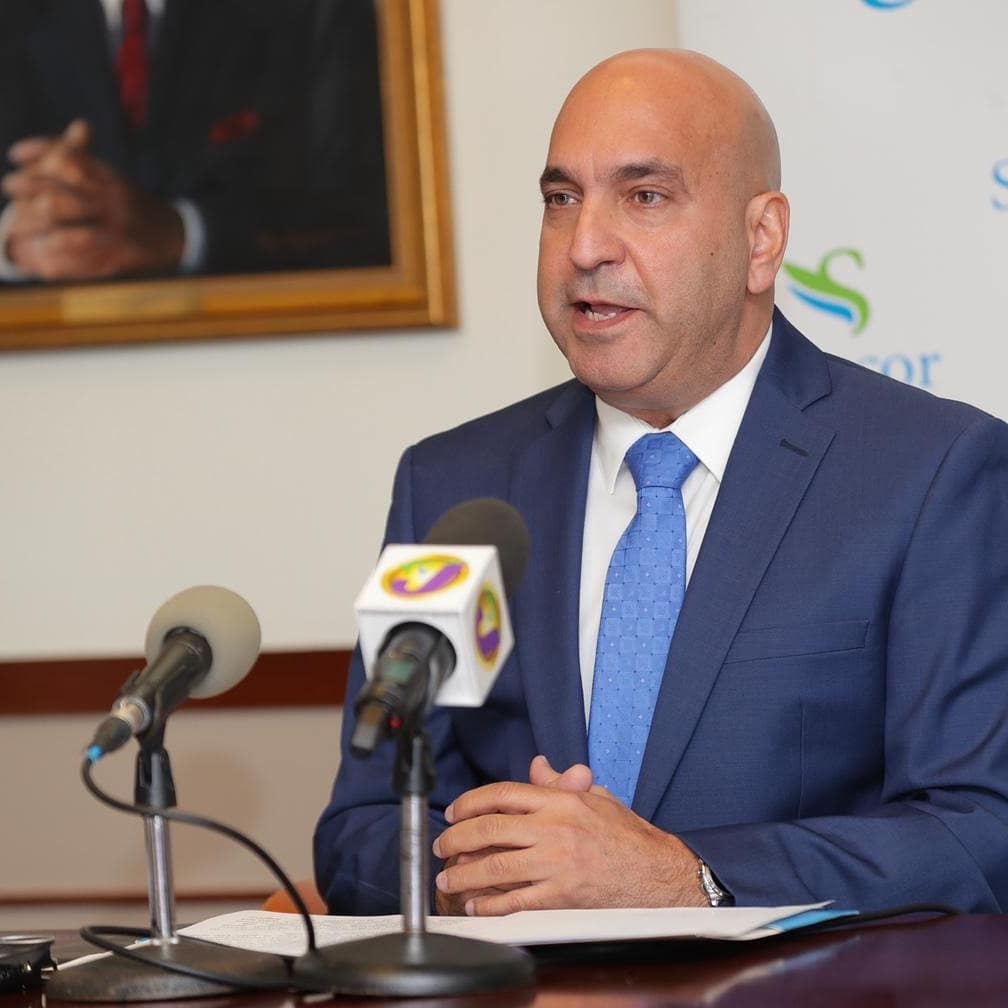 In a media briefing on Monday, President and CEO Chris Zacca announced that Sagicor Group Jamaica had become the Jamaica Stock Exchange's second most profitable listed company, with increased profits of $14.23 billion on total revenue of $70.66 billion, or 18 per cent above the $12.07 billion net profit recorded in 2017, moving it up from third and continuing its long run of increasing annual profitability.

This was despite an $875 million impairment provision against their investment in Government of Barbados bonds, and the general cost of implementing the new forward looking Expected Credit Losses (ECL) methodology following the adoption of the new IFRS 9 accounting standard in their 2018 calendar year.

Stockholder's equity had increased by nine per cent to $74.34 billion, after the distribution of $1.20 in dividends per share in 2018, and an interim dividend of 79 cents per share will be paid on May 9, up from 66 cents per share last year.

He emphasised that Sagicor Bank had also had a very good year, with a 60 per cent increase in profits to $2.85 billion for 2018, all on a 14 per cent increase in revenues to $12.4 billion, with no increase in fees, driven instead by double-digit growth in loans and credit cards, and the introduction of two new products aimed at improving financial inclusion — namely SWYPE (a mobile point of sale that fits in a pocket) and MYCASH (a prepaid card partnering with Digicel using internationally accepted mastercard).

Zacca noted the bank had seen sharply increased customer satisfaction scores. They were also in the process of reviewing their fees, which would be announced shortly.

Zacca noted that Sagicor Investments, led by Kevin Donaldson, recently completed one of the largest local bond transactions for utility company JPS, a debt financing of US$180 million, with strong support from Sagicor Bank, which led the raising of US$66 million in syndicated loans.

They would soon be launching an infrastructure fund, and were involved in several real estate developments that were being started or coming to fruition.

Importantly, and a reason for the delay in their financial statements, Executive Vice-President Finance and Group CFO Ivan Carter noted that they had reclassified their 15 per cent holding in Playa Hotels to an “associate” company from June 2nd, from a “portfolio” investment, reflecting their “significant influence”, meaning that they would “pick up” the corresponding portion of their net profits.

Playa is expanding with a new 750 room hotel in the Dominican Republic, and has recently converted two of its hotels to the Hilton Brand. Zacca noted that Playa had four main shareholders, the largest being a hedge fund, with Sagicor as the second largest, ahead of Hyatt, whose brands include Hilton. The stock is thinly traded on Nasdaq, and therefore volatile, and in his view this better reflects their strategic investment role.

The group also took control of the X Fund from October 1st, and now accounts for it as a subsidiary rather than as an associate, reflecting their effective control despite only owning 31 per cent. As a result, they recognised a one-off gain of $1.52 billion, of which $1.29 billion relate to stockholders.

In response to a question on the deal with Scotia Insurance, he noted that the Scotia Life partnership was at the level of their parent company, and would be part of the overall deal to list Sagicor Financial Corporation on the Toronto Stock Exchange which was still subject to shareholder approval.