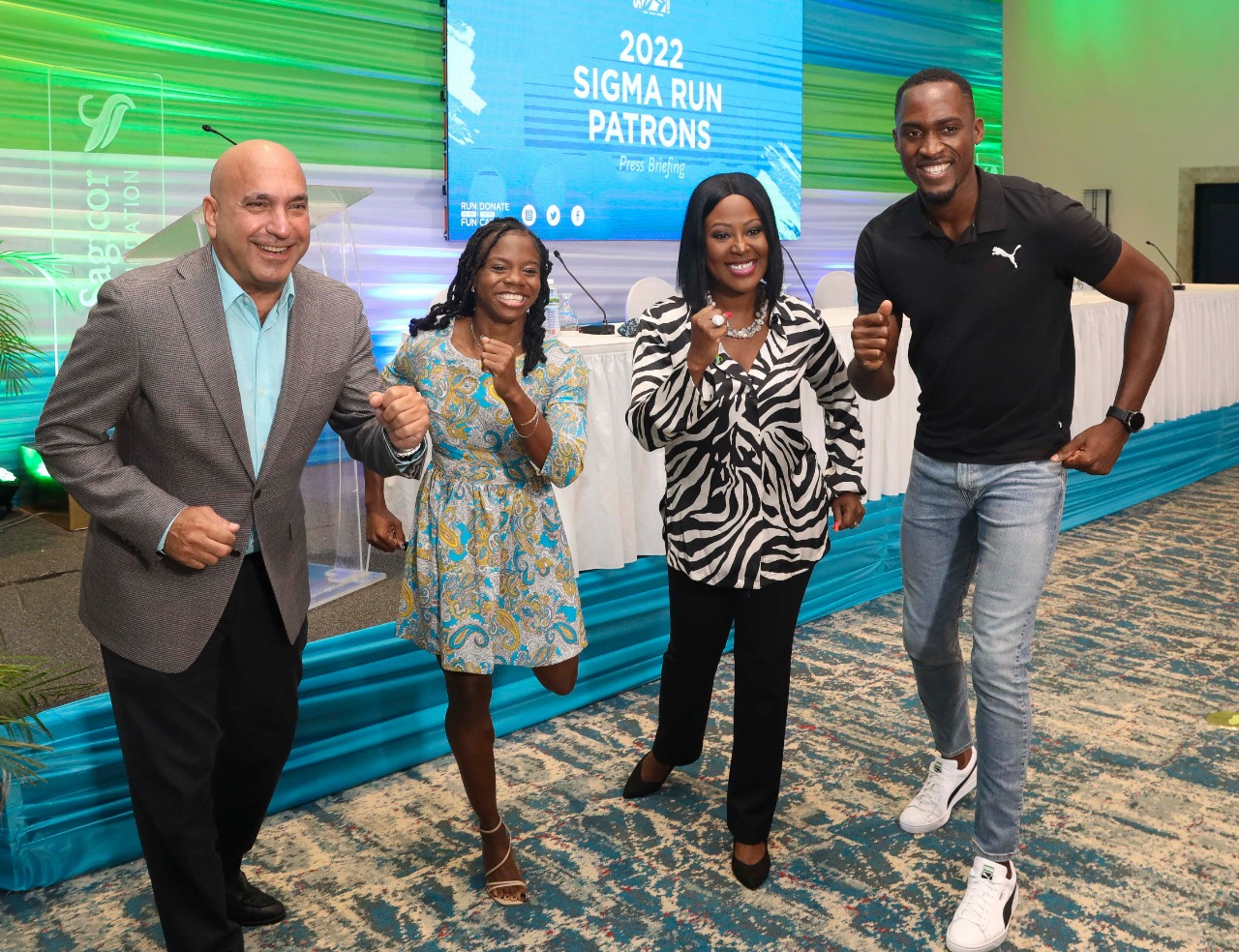 Reigning Olympic champion in the men's 110m hurdles Hansle Parchment and Olympic bronze medallist in the women's 100m hurdles Megan Tapper have been announced as the 2022 patrons for the Sagicor Sigma Corporate Run.

Executive director of the Sagicor Foundation Alysia White made the announcement during a press briefing held at the Jamaica Pegasus in Kingston yesterday.

“For the 2022 Sagicor Sigma Run, we have the support and patronage of two talented and outstanding Jamaicans,” White said, noting that Parchment and Tapper are two patriots who have represented Jamaica with the utmost pride on the world stage.

“Over the past decade, our patrons have been a cornerstone of the Sagicor Sigma Run as they play a key role in helping to galvanise support for the cause. It is a selfless act of dedication and patriotism as they give of their time and lend their voice and face to the cause, all in support of raising funds for the respective beneficiaries over the years”, White added.

As patrons for the calendar charity event, which will be in its 24th year in 2022, Parchment and Tapper will help in promoting the run and encouraging persons to donate to the event, with proceeds going towards procuring medical equipment for Kingston Public Hospital (KPH). KPH was previously announced as the 2022 beneficiary of the run. Each patron will also receive $650,000 to donate to beneficiary of their choice.

Parchment, a Morant Bay High School past student, identified his alma mater as the recipient of his donation and expressed pride in being a patron.

“I'm honoured to be a Sagicor Sigma Run Patron. This allows me to give back to my community and my high school — Morant Bay High. I have chosen this school for my charity, as it remains a building block in my parish. I would like to help in any area where the school may need assistance to be able to build well-rounded students,” Parchment said.

The effervescent Tapper endorsed the Sagicor Sigma Run and called on the support of Jamaicans both locally and abroad to help make the next staging successful.

“It is with honour and humility that I accept the opportunity to be one of the 2022 Sigma Run patrons, alongside my fellow hurdle mate and friend, Hansle Parchment. Throughout my career, I have benefited on numerous occasions from the kindness of others and so I look forward to lending my voice to this worthy cause that has become a part of the Jamaican culture and has for years encouraged all of us to help our fellow Jamaicans. I know together we can make this [2022] Sigma Run a record-setting event,” she stated.

In his opening remarks, president and CEO of Sagicor Group Jamaica Christopher Zacca lauded all the past patrons of the event, noting that their patronage over the many years have “played an instrumental role in garnering support for fundraising activities and helping us to meet, and in some cases exceed our fund-raising targets.”

“The team is excited to have Hansle and Megan on board and we look forward to their involvement and support as we get ready for a successful Sigma Run 2022,” Zacca added.

For the 2021 staging of the Sagicor Sigma Run, the Sagicor Foundation raised over $49 million for its main beneficiaries: the Annotto Bay and Port Antonio Hospitals. To date, some $500 million has been raised to aid the health and education sectors.

The Sagicor Sigma Run, since 2012, has had the patronage of some iconic Jamaicans including athletes, supermodels, beauty queens and recording artistes.