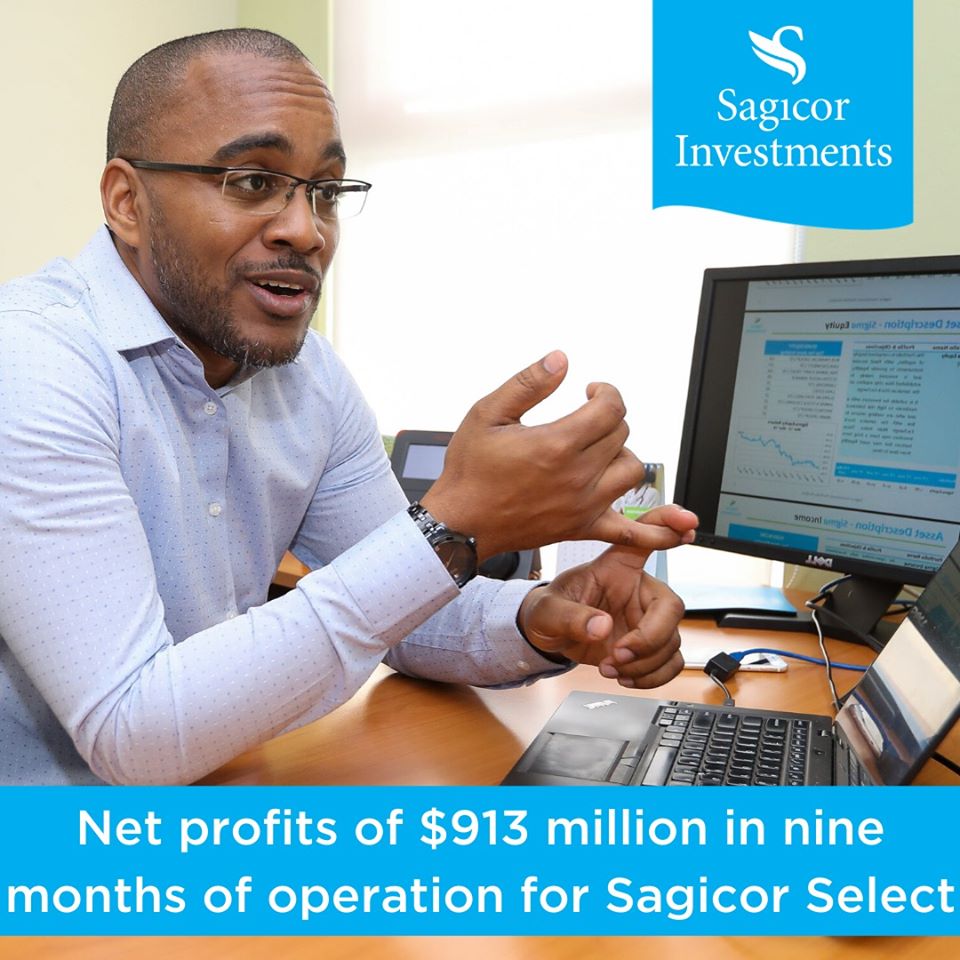 Looking just at its third quarter which ended September 30, 2019, the company, which was incorporated on January 11, 2019 recorded profit of $502 million.

The positive performance for the nine-month period was attributable to income of $1 billion, which was higher than the expenses of $94.8 million.

The company invests in a representative sample of securities included in the index that collectively has an investment profile similar to the index. During the period under review Sagicor Select benefitted from the stock market positive performance.

Consequently, the income was largely derived from appreciation in prices of the securities held, as well as the dividend income.

According to the third quarter financial report released yesterday, “stock prices increased by an average of 37 per cent, while several of the financial companies continue their dividend paying trend. The expenses of the company largely reflected transaction cost and legal and professional fees which were $36.3 million and $50.9 million, respectively.”

Transaction cost was associated with the acquisition of the stocks over the period. Similarly, legal and professional fees reflected the cost of initial public offering during the period. Assets held by the company, as at the end of September 2019 were $6.0 billion.

In its overview of the Jamaican economy, Sagicor Select says the local stock market continues to benefit from the stability and increased resilience of the Jamaican economy, noting that the major indicators continue to show positive signs. The company pointed to “unemployment, which is at an all-time low of 7.8 per cent, taxes have been reduced, business confidence is high, inflation and the external current account deficits are low, and the level of foreign currency reserves is comfortable at about US$3.0 billion.”