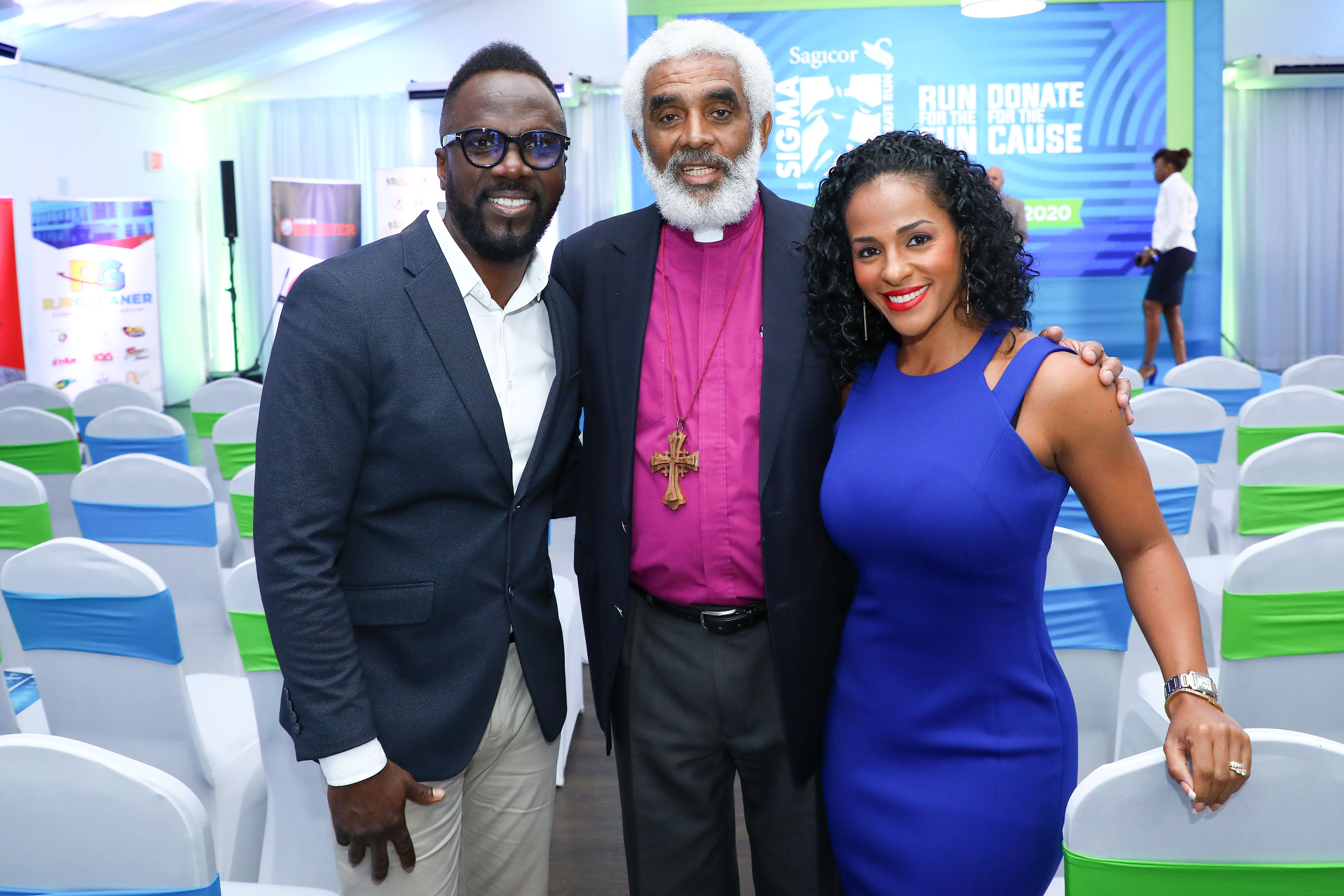 IAN Ellis, popularly known as “Ity” from the comedic duo 'Ity and Fancy Cat', has been given a second chance to help Clifton Boys' Home, through his association with this year's Sagicor Sigma Run. After the boys' home was gutted by fire in 2017, Ellis attempted to raise $1 million to help in the rebuilding efforts but was only able to raise a small portion of the funds. Speaking at the launch of the 2020 staging of Sagicor Sigma Corporate Run at Spanish Court Hotel yesterday, Ellis said because he was unable to achieve his intended target, he was extremely delighted to have received the call to be one of the patrons for this year's run.

Clifton Boys' Home, as well as Bustamante Hospital for Children and Savanna-la-Mar Hospital have been identified as beneficiaries of this year's staging of the fund-raising road race.

“Last year I took it upon myself, for the very first time in my life, to launch a charitable event on my birthday… [I] wanted to do something for boys, particularly disenfranchised boys. I wanted to play my part to build better men in Jamaica.

“A friend of mine selected Clifton Boys' Home after doing research, and I went there and I saw the unfinished building so I said, 'Alright, we can finish this and get the boys home'. So you know, I got some of my friends together and we held an event called Charity and Cheers on December 6. My target was at least a million dollars,” he said. “At the end of the night we were able to put together $250,000 — a quarter million. But mi seh that cyaa finish the building, so when I got the call to be a part of this year's Sigma Run and I discovered that one of the beneficiaries is Clifton Boys' Home, I said, 'Lord you hear my prayer'. I got a second chance to contribute to them,” Ellis said.

In March of last year, ground was broken for the reconstruction of the boys' home, and to date, approximately $30 million of the $60 million required for the rebuilding programme has been raised. The estimates do not include the cost of fixtures and furnishings.

Designed by well-known architect Ray McIntyre, the rebuilding will involve the construction of a two-storey, 4,000-square-foot structure to accommodate 40 boys — up from the 28 housed at the home at the time of the fire — ranging from age six to 17 years.

The new facilities will include dormitories and quarters for house parents on both floors, a multi-purpose room, which will also serve as a homework centre, a sick bay, and common lounge area. A kitchen, storeroom and laundry room are among its other features.

Since inception, Sagicor Sigma Run has raised over $400 million to help those in need.

For those who wish to register early, they may do so at a cost of $1,500 up to Friday of this week. Thereafter, the registration fee will be $2,000.