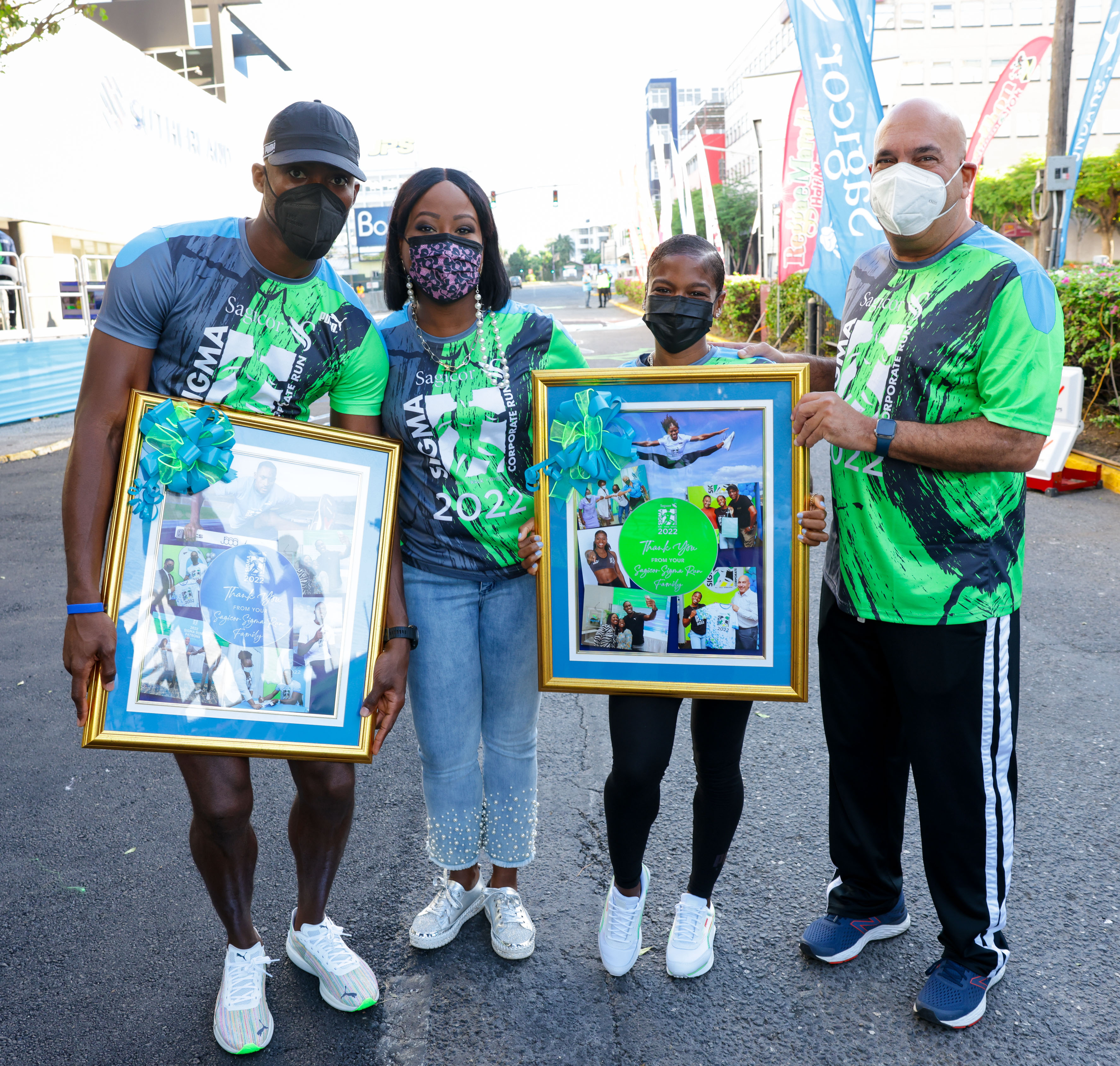 With the support of over fifty teams for its inaugural Sigma Team ‘Bubble’ Run, organisers of the 24th staging of the Sagicor Foundation’s annual charity road race– Sigma Corporate Run, say that they are pleased with the turnout of participants and that the event was a success.

“We are elated that we got to do this in an even bigger way this year, and even though we are still nowhere near our pre-covid numbers, we are happy that we were able to execute a successful event with our corporate and non-corporate teams who have supported us over the many years”, said Christopher Zacca, President and CEO, Sagicor Group Jamaica.

“The team is truly thankful to the teams who came out to support, and who through their registration have given back to a great cause, by playing their part to help us raise funds for our beneficiary – The Kingston Public Hospital”, Zacca added.

Dubbed the Sigma Team ‘Bubble’ Run, it was the first of two in-person road races for the signature Sagicor Sigma Corporate Run held on Sunday March 13 in New Kingston. The event, as stipulated by the Ministry of Health and Wellness, catered to participants who were fully vaccinated with all entrants having to show proof of vaccination to participate.

For the ‘team bubble’ run, over 1000 fully vaccinated people, registered with corporate teams for the 5.5-kilometer road race, which represents the largest number of participants registered for an in-person running event since the onset of the COVID-19 pandemic in March 2020.

Last year, the organisers held one in-person event – the Sagicor Sigma Invitational Run, which had just under 100 participants.

Executive Director of the Sagicor Foundation, Alysia White, said she was happy with the flow of the event and that participants had a fun and safe run. “We executed the event in accordance with the approved safety protocols we presented to the Ministry of Health and Wellness and had teams in waves of up to 220 persons going off at staggered times”, White said.

“We are optimistic that next year, for our 25th anniversary, we will be able to have even more people out!”, White said, however she added that Sagicor remains guided by the authorities for in-person executions as the safety of all stakeholders remain paramount.

“In addition to the Sagicor Foundation’s goal of raising 50 million dollars for the Kingston Public Hospital through this year’s Sigma Run, we along with our partners at Running Events and Reggae Marathon, also wanted to show how large-scale sporting events can take place safely and responsibly in this new era, and I believe we accomplished that today,” White said.

The road race kicked off at 6:45 with warm-up activities at the start line hosted by Jennifer ‘Jenny Jenny’ Small. The first run got off at 7:10am with subsequent waves going off at set time intervals to avoid crowding. This year’s Sigma Run patrons, Olympic hurdlers Megan Tapper and Hansle Parchment were also on stage as honorary starters to set-off the runners.

Running Events Jamaica led by Sigma Run Co-Race Director Alfred ‘Frano’ Francis managed the timing system for the runners using the MYLAPS electronic race monitoring system; winners were selected based on overall net time. The overall Corporate Team male winner was Dwimar Pinnock of Court Administration Division, who finished the race in 24:31 minutes; while the overall fastest female and Corporate Team female winner was Angelika Wollenweber of Jamaica Infrastructure Operators, who finished in 30:39 minutes. The first finisher of the race was Richard Brown, a guest of the Bank of Jamaica team, who crossed the finish line in a time of 22:54 minutes.

The Kingston Public Hospital is the sole beneficiary of this year’s Sigma Corporate Run with race organisers aiming to raise $50 million dollars to purchase medical equipment for the hospital.