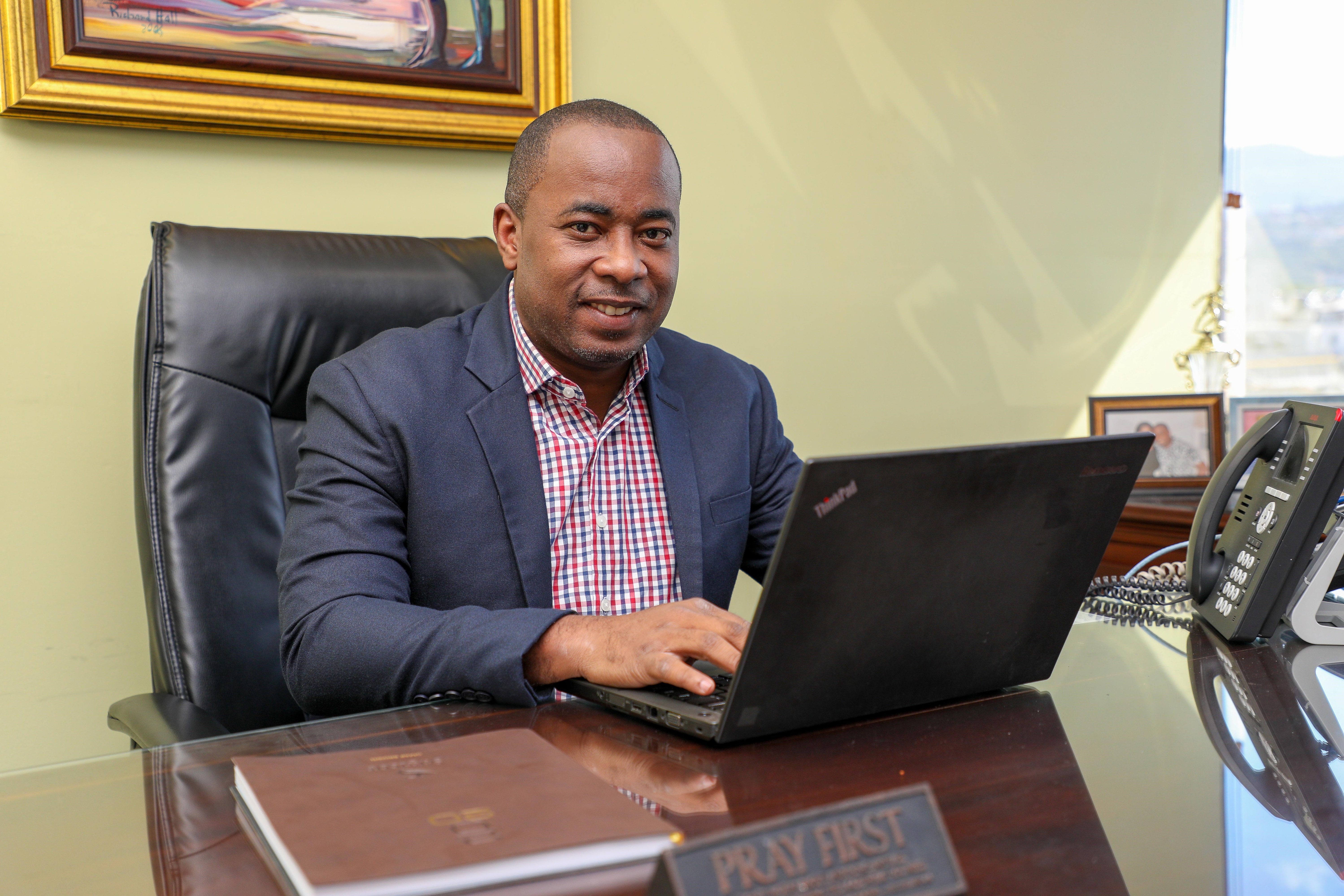 An unwavering resolve to succeed and strategic planning and are among the terms that describe Omar Brown's professional trajectory.

The 39-year-old is assistant vice-president (AVP) in charge of the Treasury Unit at Sagicor Bank Jamaica, a goal he had set for himself years earlier.

“This journey has not been easy. There were many times when I thought I couldn't do anymore and I wanted to give up, but each time I got to that point, I got a breakthrough,” said Brown, reminiscing on his career development.

As head of treasury, Brown is charged with ensuring the bank remains solvent while mitigating against foreign exchange risk exposures. Touting his successes as head of the unit, Brown noted that under his guidance the unit has made billions for the financial institution. In fact, according to the AVP, after his promotion in 2018 the unit's profit margin saw a significant increase.

The Calabar old boy's journey began with Sagicor Bank (then PanCaribbean Merchant Bank) in 2003, when he landed a job as a front desk clerk at the New Kingston branch. Knowing he wanted to move up the ranks, Brown worked diligently and kept his eyes open for growth opportunities. This drive eventually saw him transitioning to a teller position when a vacancy became available.

That was the beginning of his rise at the decades-old financial institution.

As fate would have it, Brown was tasked early on in his career with delivering mail to someone in the treasury unit. The chance encounter would change him forever, Brown said, sharing how he immediately fell in love, and likening his visit to a scene from the 1987 film Wall Street.

“The man in the movie didn't seem to be working, he was on the phone negotiating deals and doing something he was enjoying; so when I saw the trading room and realised it was the same thing, it clicked to me that that's what I wanted to be doing,” he said. “That is when I knew that treasury was the place for me.”

Again, as fate would have it, shortly after his discovery of the unit a position became vacant, and it was just the opportunity he needed to get his foot in the door. According to Brown, this was his time to shine as he had found his passion.

“I never just did what was tasked on my desk; I always wanted to learn more, do more. And so I would come into office on a Saturday, do all my work for the week, and then Monday to Friday I took that time to learn all the desks in the unit,” he shared.

With a first degree in banking and finance, Brown shared that when a post as a trader opened soon after his entry to the unit, he was excited and highly motivated to apply and would become successful in landing the role.

“I believe I got the job because I was very assertive and was also always taking the initiative to do more than what was tasked to me,” he recounted.

Over the next few years, Brown's love for trading and his commitment to the development of Sagicor Bank's Treasury Unit would earn him expanded roles and responsibilities, most notably, promotion to treasury manager and most recently, AVP – Treasury.

Speaking of his approach to life and going after his goals, Brown, who is also a chartered financial analyst, said “I am not a quitter and I am not afraid to fail. There will be times when you will face disappointments, but the key is to get back up and try again and never stop until you succeed.”

Brown noted that his journey has not solely been dependent on his determination, but also on the significant contributions of his team and their output. Describing himself as a motivational leader, Brown said he is always focused on positively impacting the lives of all his team members and helping them achieve their fullest potential in all spheres of life.

“As a leader I want to ensure everyone on my team achieves their goals; I want them to fulfil their dreams, pursue their passions, and I want them to grow under my leadership to realise their fullest potential,” Brown said.

When the corporate executive is not busy making money for the bank, Brown shared that he makes it a point of duty to maintain work-life balance in order to spend quality bonding time with his family – wife Kimberly and his twin boys Aden and Asher – who he describes as the apples of his eyes.

Learning from his experiences, Brown shared this nugget with young professionals: “Be patient and take every step as an opportunity for learning. Sometimes you are in a job that you don't think you are getting enough out of but just learn – because anything that you learn cannot be unlearned. There are many things that I am doing now that I am good at because of what I learnt from my front desk job, so always remember that wherever you are and whatever job you are doing, there is always something to learn.”