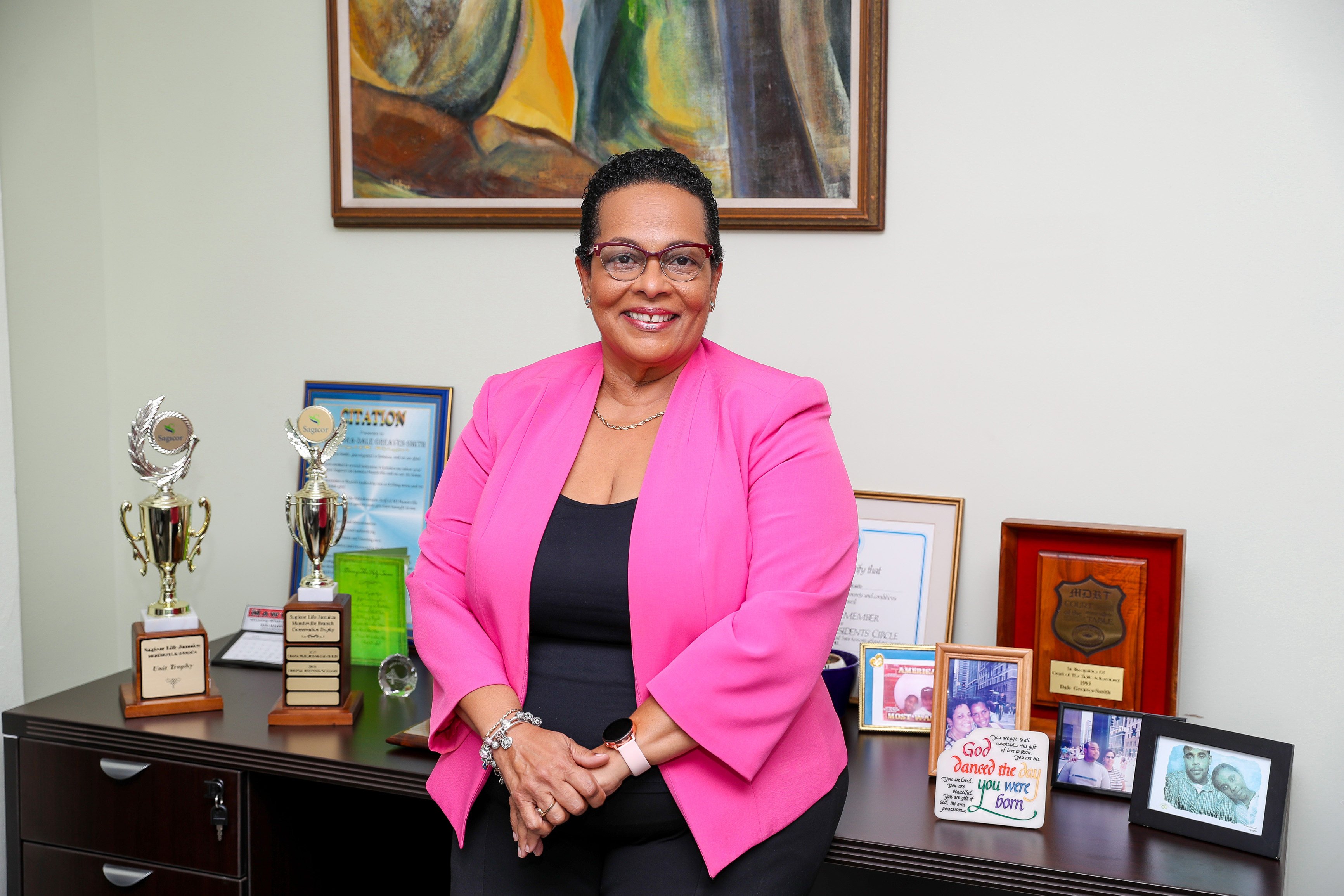 – Kavita Ramdas
Born and raised in the parish of St Lucy in northern Barbados, Dale Greaves-Smith always had some very special things about her that could be noticed from a mile away.

It wasn’t just her smile, calming influence, and yearning to see people succeed, but her humility, strength, and her ‘why’- to help those people with whom she interacts grow and succeed.

It is no wonder that two years after migrating to Jamaica, Greaves-Smith started in a position with a company that helps persons to plan for their best lives.

Through the guidance of her father, she learnt to be self-sufficient from early by first building a solid foundation through education.

“I attended St Michael’s Girls School and thereafter went on The University of the West Indies, Cave Hill. Growing up, my role model was Dame Billie Miller, the first female attorney-at-law in Barbados and a member of parliament. She eventually became the deputy prime minister of Barbados. I wanted to be just like her, so when I went to university, I pursued my bachelor’s degree, majoring in political science and law.”

If it was left up to Greaves-Smith, she would have worked at the Barclay’s bank before starting university at age 17, but her father was strongly against it.

“At age 17, I was accepted, and classes commenced in October, and, tragically, on November 20 my father died from a massive stroke. But I honoured his wishes and stayed in university but worked at Barclays Bank during the holidays.”

AFTER UNIVERSITY
Greaves-Smith did not only leave university with a degree, but also a life partner, who she married, and with whom she migrated to Jamaica.

“In September 1980, at the age of 21, on the eve of the Jamaica general election, we arrived in Jamaica. This was my very first visit, and I was coming to live here permanently. It was extremely traumatic. There were food shortages, power cuts, and I had great difficulty understanding the Jamaican patios.

Within three weeks, she was working at the Administrator General’s Department in downtown Kingston and taking the bus to and from work.

“On my first day, my husband took me to work and showed we which bus to take and where to get the bus to go back home. I had to identify landmarks because I had no idea where I was going. We lived in Havendale on Border Avenue, and I would look through the window to see the house, and after passing it, then ring the bell and walk back home,” she said with a laugh.

After two years in Kingston, Greaves- Smith moved to Mandeville, the town that reminded her of Barbados, where her husband went into private law practice.

She had always had aspirations to enter into representational politics, but as life changed, her interests changed.

“After working for two years at a law firm in Mandeville, where my husband was attached, I was introduced to Life of Jamaica, now Sagicor. This period of my life I would never change. It was challenging, but extremely rewarding, and it was also then that we started our family. So balance now became the order of the day.

She continued: “We were both young when we got married, so we waited five years before starting our family, so at age 25, our son Kahlil was born and four years later, our daughter, Kerri-Dale, was born. I am extremely proud of my career at Sagicor. It provided me with an amazing opportunity to be all that I could be.”

She joined the company as a financial adviser, not knowing more than a handful of persons to whom she could sell insurance in Jamaica.

Through hard work, training, and perseverance, Greaves-Smith was able to move up the corporate ladder from financial adviser, unit manager, agency manager, branch manager to now senior branch manager since February this year.

“I learned all the nooks and crannies of Jamaica and met some wonderful people and some awesome clients. It was funny sometimes because the tables had turned now - sometimes my clients could not understand me. I quickly developed what I consider to be a very good Jamaican accent - even though my family says otherwise.”

To date, this superwoman holds the title of mother as her most important and satisfying accomplishment.

But how did she do it all?

Next week, we share with you her major accomplishments and how all the hats she wears fit.

For more information on our team members at Sagicor, click the link below: