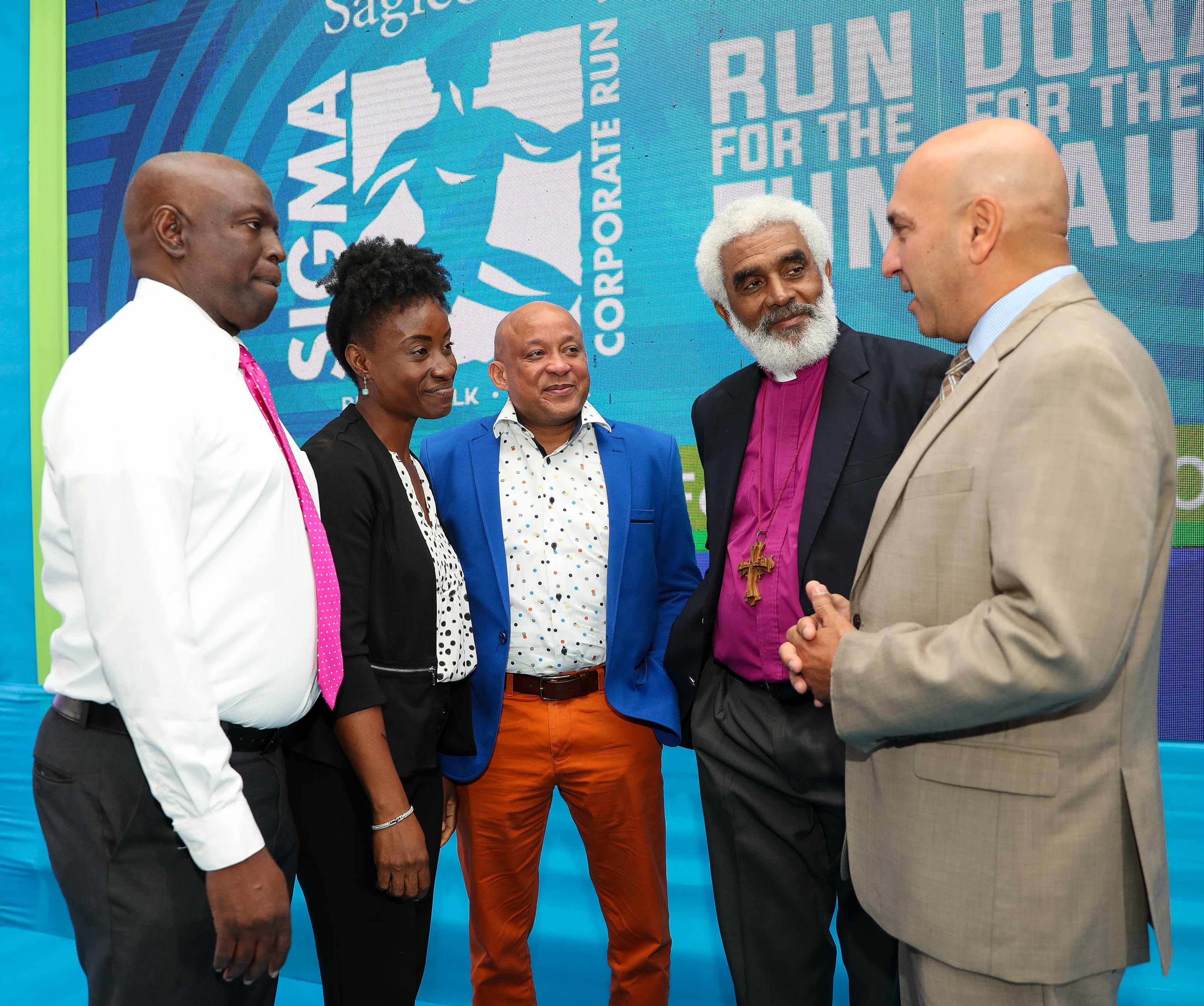 REVEREND Canon Hartley Perrin, chairman of the Clifton Boys' Home in Westmoreland, is anticipating silver lining now that help has come with the rebuilding of the home which was razed by fire in 2017.

This ray of hope comes from being selected as one of three beneficiaries of the 2020 Sagicor Sigma Run set for February 16.

The event aims to raise $55 million to offset well-needed expenses and the purchasing of equipment at the Clifton Boys' Home, the anaesthesiology and critical care department at the Bustamante Hospital for Children, and the delivery room and nursery at the Savanna-la-Mar Public General Hospital.

Addressing reporters and editors at yesterday's Jamaica Observer Monday Exchange, Perrin shared that, while the needs of the home are many, the donations from the Sigma Run will help to complete the construction of a new home for the 27 boys under its care.

“The home was completely razed by fire of unknown origin and since that time we have had to be housing the boys in rented facilities. Initially it started off as a free place of abode, and then the church that we have been using thought it prudent to charge us a fee. It's not elaborate or exorbitant, but it certainly adds up, and to some extent it takes away from the running expenses of the home,” Perrin shared.

But while the boys make do with the smaller space, Perrin said the new construction is geared towards accommodating 40 boys. However, due to insufficient funds, that project was halted.

“It's a bigger place, and one that is designed for the purpose. The original home was something that was retrofitted to become a boys' home. But with this new building we are gearing it towards what we want it to be – a boys' home. So now, it has met all the relevant things in terms of what Government wants – the number of rooms, no more than four boys to a room. Previously it was an open dorm with 27 boys or so in one area. Now they will have their own individual space so they can live accordingly,” Perrin said.

“With construction...we are awaiting roofing. We started off in faith because we knew from day one that the monies which we had already been given would not have been sufficient to take us over, but the church, being a faith organisation, thought that we could step out in faith and while construction was going on persons would be giving donations. It appears as if the construction is running apace of the donation. Currently we are at a standstill because we have exhausted all that we have and we are waiting now for a new injection so that we can go over into completion,” Perrin added.

Beyond construction, the boys' home chairman further highlighted that another expense they will have to incur is furnishing the new space.

“Once the building is there it will have to be furnished – the stoves, the fridge, the beds, the curtains, the paintings,” he said, adding that missed deadlines have caused expenses to increase.

“The construction ranges between $61 and $62 million – that is the contract signed. [However] we have been in violation of the contract because we did not provide the funds in the timely manner that was anticipated. We are saying then that although we would want $30 million, that is for the completion of the building.

As part of the reconstruction, the home will also have a homework centre, a computer room, recreation area, and a meeting area to facilitate visitors.

Clifton Boys' Home is one of three children's homes operated by the Anglican Church in Jamaica. It was established in 1961. The age of the boys at the home range from three to 14 years, though currently 12 boys over the age of 14 are housed there due to inability to find transitional spaces for them.

Moreover, in addition to the donors who have already contributed to the rebuilding of the home, Perrin expressed gratitude to Sagicor.

“I am extremely delighted that SIGMA has come on board towards running the last lap...I know that the boys at the Clifton Boys' Home come from St James, Trelawny, Westmoreland, Clarendon, St Elizabeth – all over the island and although they are not around this table here they must recognise we are trying out very best,” Perrin said.

He added: “In spite of the negatives that are out there about our country, the things we oftentimes do that merit the way people feel about us, the perception that we sometimes give to the public – there is still a heart in Jamaica and this reflects that heart.”