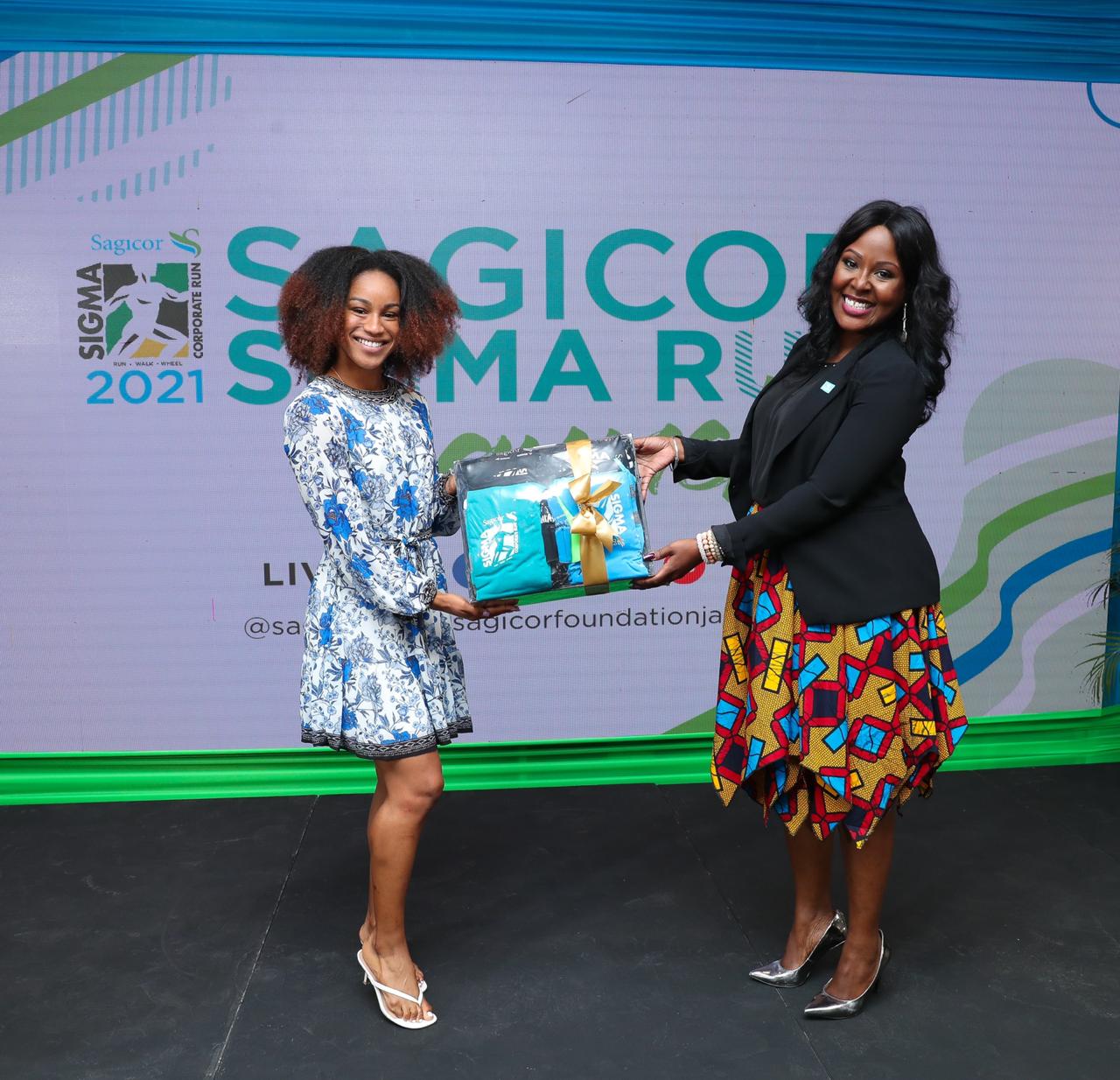 There was a big demand for the continued staging of the 23rd Sagicor Sigma Corporate Run despite the coronavirus pandemic which forced the organisers to expand on the virtaul format that was partially introduced at last year's staging. With the pandemic forcing a number of events, including sports to be postponed or cancelled, the organisers could have taken that option, but Alysia White, executive director of the Sagicor Foundation, said the requests for the event, both locally and internationally, highlighted the need for an event of its kind that has set a target of providing $50 million to help two hospitals in north-east Jamaica.

“In the last two months, I have had so many calls about whether or not we are going to do Sigma Run, but as I have said a lot of times, Jamaica is a country [and] we need a lot of help and we need to galvanise the support of our corporate entities...to make sure that we continue to give towards the health and education sector, primarily children,” White told editors and reporters at a virtual edition of the Jamaica Observer's Monday Exchange.

Last year when the virtual component was introduced, White said they had about 50 persons taking up the option, while another 27,000-plus ran the actual race and pointed out that this year the situation had switched with the vast majority set to run virtually.

“It is going to be a virtual run, but I must say that we have received so [many] calls from overseas even from our sister companies wanting to know how they can support, when can they run, where can they run, so the limits are off, so to speak, and we are so excited about this, the targets are very steep but one way or the other we will make it I am sure,” she said.

When organisers decided to add the virtual component last year, White said it was not done with the pandemic in mind, nor was it planned to make it a major part of the race, but said it could be continued if and when things got back to normal.

“We were just trying to pioneer something in Jamaica really and we had almost 50 persons signed up, but, of course, you know everybody wanted to be in Emancipation Park and we had close to 27,000 people signed up for the actual run.

“Whether or not we will continue, I believe that we will continue to do virtual running. Some persons are either away and can't participate or they won't be travelling that morning [as] they don't want to be a part of a huge run like Sigma Run, or they just want to run at their own pace on their leisure at some point.

“So I believe that we will continue with virtual running but we do hope to have that camaraderie…humans need humans so we do hope to get better next year,” White said.

President and CEO of Sagicor Group Jamaica Limited Christopher Zacca, who also spoke on Monday, said the interest in the Sigma run this year “preceded our formal launch and we are getting enquiries from all over the world.

“Sagicor family outside of Jamaica are very anxious this year to sign up and to donate, also the corporate support has been significant and Sagicor stands ready to support the target itself. We pay all expenses associated with the Sigma Run, we do not take one dollar of contribution and pay for administration or race expenses, but in addition we also have our team donate, the executive, led by myself and our chairman, donate significant amount of funds and I just think we get the sense that the community is coming together,” said Zacca.