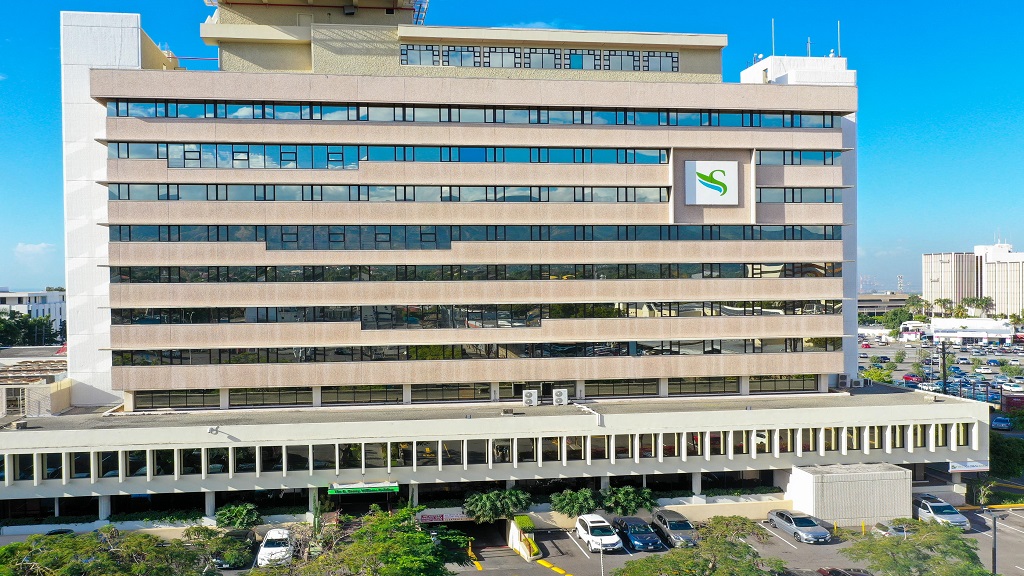 On June 1, 1970, planes streaked across the Jamaican skies, trailing banners that read ‘Life of Jamaica – For a Better Life’, announcing to the Jamaican people the birth of a company that would revolutionize the local insurance and financial landscape.

Life of Jamaica came to life out of a vision for the establishment of a Jamaican financial sector, inspired by the fresh fervour of nationalism brought on by the country’s 1962 independence. Except for one small establishment, there were no locally operated insurance companies in Jamaica during the 1960s. However, some 17 branches of international companies conducted business in the country, repatriating millions annually.

R. Danny Williams was an insurance agent and Country Manager of one of these branches – that of the North American Life Assurance Company of Canada - when he confessed his vision to create Life of Jamaica to his associates. And so they set about to form the company, which eventually became Sagicor – the largest life and health insurance company in Jamaica.

Alongside his associates, Williams’ team from the North American Life Branch bought into his dream and used their own resources - redundancy payments and pension refunds - to raise the capital necessary to start the company.

“All of us had a vision, a mission and indeed a passion to create an insurance industry in Jamaica and indeed, that act fueled the wider creation of a local financial sector,” Williams said.

On April 6, 1970, the company offered Jamaicans the opportunity to purchase ordinary shares when it opened its initial public offering at $1 per share.

Some 2,500 Jamaicans fully subscribed to the share offering of $2.5 million. Life of Jamaica would become the first-ever life insurance company to list on the Jamaica Stock Exchange.

Williams was quoted at the time of the IPO opening as saying that the new company would serve to increase employment in a range of professions – including business administration, underwriting, actuarial practices, accountancy, financial planning and electronic data processing.

“Public participation in the ownership of the new company will be a further step towards the Jamaicanization of local financial institutions and will serve to instil in Jamaicans a great sense of pride,” he said.

After the first six months of operation, Life of Jamaica Limited reported that its production of new business had significantly outstripped the best performance of its predecessor – North American Life. And after only seven months of operation, the company’s income had exceeded forecasts by 25 per cent.

By 1984, the company was opening its 10th branch on Duke Street in Downtown, Kingston and its story of consistent success lead to the development of a cadre of professionals and growth in the insurance sector.

It saw to the development of products suited to the Jamaican market and could take credit for innovations such as pooled investments pension funds, a workers’ mortgage scheme, specially-rated policies for women and equity-linked contracts.

The company entered the real estate market and built apartment buildings catering to the country’s middle class; shopping centres across the island; commercial complexes; and office buildings, all while engendering a reputation as a good corporate citizen, with its support of many meaningful causes.

As the life insurance sector grew, the company maintained its position as the leader in the industry. In 1988, newspaper reports saw the company being hailed as the sales leader, generating the highest volume of business in the three key areas of industry measurement – sums insured, premium income and number of policies.

Over the years, in addition to leading in life insurance, the company became known as a leader in pension management and in the high performing investments division – real estate, securities and mortgages.

In the early 1990s, the organisation commenced expansion overseas, acquiring the Manufacturers Life Insurance Company portfolio in the Bahamas, Cayman Islands and Puerto Rico, while taking on other subsidiaries.

The financial meltdown in the 90s had an adverse impact on LOJ operations, leading to significant losses. However, the Government’s Financial Sector Adjustment Company (FINSAC) made a $2 billion capital injection in the company.

Still, despite the difficulties, by the close of the decade, Life of Jamaica remained a dominant player in the industry – controlling 60 per cent of pension funds; over 58 per cent of the Group Life market and 38 per cent of Group Health.

The 2000s saw the company returning to its former glory and recording big profits under the leadership of new President and CEO, Richard Byles, who was appointed in 2004.

With the merger of First Life, the company, once driven by individual life insurance, increased its footing in the employee benefit business – group life, health insurance and pension management. This was further boosted by the acquisition of Blue Cross in 2008.

The merger with First Life, meanwhile, opened the door to ownership interest in Pan Caribbean Financial Services, which lead to the formation of the company’s commercial bank and investments arm.

Life of Jamaica rebranded to Sagicor Life Jamaica in 2008, adopting the name of the international financial conglomerate, its parent company.

In 2012, Sagicor Life Jamaica was described in a newspaper article as the largest and most profitable insurance company locally, with annual revenue at $29 billion and assets of $161 billion at that time. Even during the global recession, in 2010 the company had made $4.9 billion in profit and $5.7 billion in 2011.

On June 3, 2012, R. Danny Williams was honoured for his work in creating and giving service to the insurance giant, with the renaming of the company’s New Kingston corporate headquarters in his honour, from Sagicor Centre to the R. Danny Williams Building.

A bust of Williams was also unveiled and sits in the lobby to the present day. He had remained a director on the company’s board and was Chairman until his retirement in 2017; after which he was honoured with the title of Director Emeritus.

In an address to the team at the company’s 2020 motivational ‘Blast Off’ event in January, the Director Emeritus, said the growth of the company from its days as Life of Jamaica, through to Sagicor, over the past 50 years did not happen by chance but was the result of strategic focus and principled dedication.

“We faced many challenges but were able to overcome them because of the culture we created – a culture backed by and steeped in 10 principles: hard work, ambition, honesty, integrity, right attitude, self-discipline, good time management and effective planning, caring for our country and our people, working as a team with respect and support for each other,” he said.

He added, “Those were the principles which have carried us since the beginning. We have strived to be a balanced organisation, made up of rounded people who wanted to make a difference – in their personal life and in Jamaica.”

Sagicor Jamaica restructured its operations in 2013 so that all companies within the group – Sagicor Life Jamaica, Sagicor Investments Jamaica and Sagicor Bank Jamaica, could become subsidiaries of holding parent company, Sagicor Group.

For more information on our 50th Anniversary celebrations, click the link below: