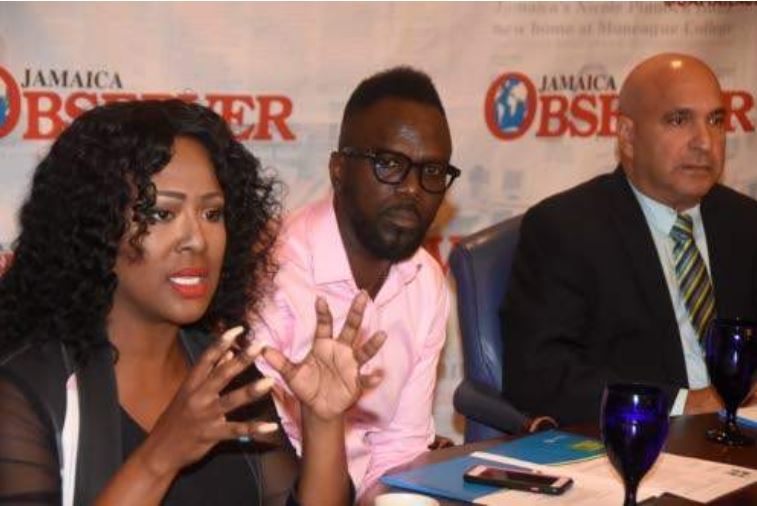 “This is actually much more than we ever had at this time, and that's 1,500 people who are registered with companies. The majority of our registration happens during the last week of January traditionally,” said White at yesterday's Jamaica Observer Monday Exchange at the newspaper's Beechwood Avenue office.

Last year over 27,000 individuals turned out for what is arguably the biggest charity race event on the island and organisers will have their hands full keeping it to the 25,000 target.

“So we are expecting a pretty big leap over this week and next week, but we are hoping that persons don't wait until the last week,” she added.

“Early registration closed on January 10 and what we do is try to allow persons to get out of the gate early. The registration process is simple, but doing it early also allows us to have a post-registration smooth process so that persons can pick up their packages on time, distribute their bibs to their team members. We have teams as large as 500 people, so the earlier those teams register, in particular, the easier it is for us,” White added.

The Sagicor Foundation is aiming to get at least 25,000 participants with a $50-million fund-raising target following the 22nd staging of the popular SIGMA Run on February 16.

“Registration closes on January 31 officially and we are not taking anyone after that, unfortunately, because extending registration is rough for us and it sets us back in terms of package pick-ups,” White noted.

Proceeds from this year's event will benefit the Savanna-la-Mar Hospital and Clifton Boys' Home, both based in Westmoreland, as well as the operating theatre and Special Care Nursery at Bustamante Hospital for Children in St Andrew.

Meanwhile, following the 2015 death of a runner who collapsed during the event, White stressed that special attention and preparation are in place to try and prevent such eventualities.

She continued: “We do have medical tents set up as well and every water stop also has medical personnel, and we have been able to mitigate people running who are not in a position to, for whatever reason, they are not able to compete and if they can't finish we pick them up.

“About three years ago we introduced it where we have medical persons running in special medical vests in the actual race and they are able to pick up on some things, as well,” White noted.

“It's not about winning; just run your own race,” White encouraged.

Click the link below for more information on Sigma Corporate Run: