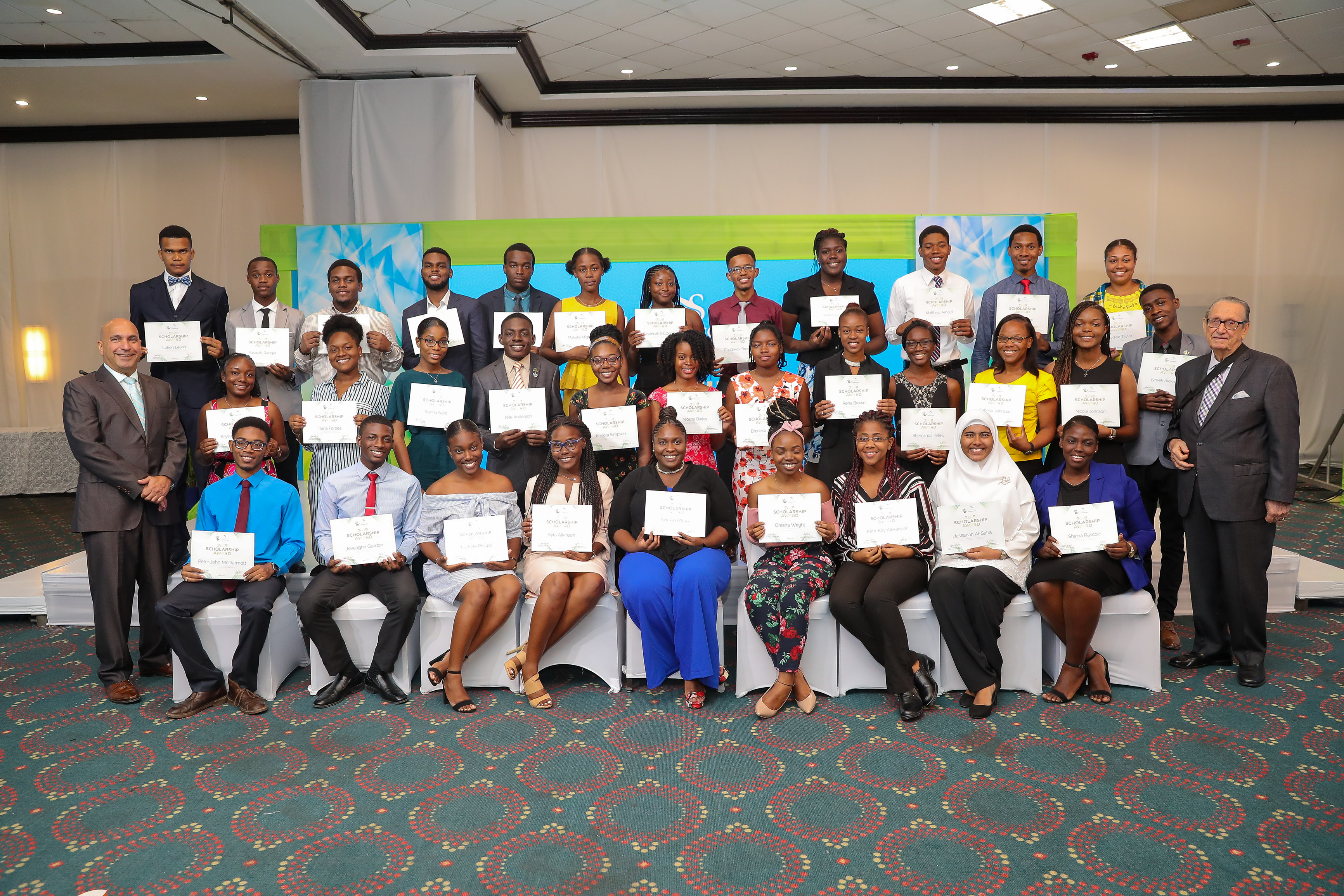 15 Sagicor 'Star Savers' to get Learning Aids for Online Schooling

15 Sagicor 'Star Savers' to get Learning Aids for Online Schooling

The numbers represent a 100 per cent increase over the average scholarships awarded each year to students at the tertiary level.

Following a thorough shortlisting and interview process, the 50 outstanding scholars were selected from a pool of over 2,100 applications.  Applicants were ranked based on their academic performance, community involvement and volunteerism, strong leadership potential, and financial need.

In addition to the renewable scholarships, the Foundation also awarded three educational grants valued at $100,000 each to tertiary students, taking them one step closer to funding their education and accomplishing their dreams.

The Sagicor Foundation also provided 21 scholarships valued at $50,000 to students who performed exceptionally well in the Primary Exit Profile (PEP) examination and have matriculated to high school. The secondary scholarships are renewable for five years, once the awardees maintain an average of 80 per cent and above.

In addition to the 50 scholarships being in honour of the company’s 50th anniversary, Dr R. Danny Williams, Sagicor Foundation Chairman, shared that the increase has come at  a very critical time when the COVID-19 pandemic is negatively impacting the livelihood of so many families, leading to an even greater need for financial resources to fund the education of their children.

“Sagicor Foundation understands and appreciates that now more than ever students will need financing support to fund their education, and we wanted to assist as many of those students as possible,” Williams said.

The Sagicor Foundation Chairman noted that the scholarship programme is a pivotal initiative undertaken annually to assist bright, young and promising young Jamaicans and give them an opportunity to excel and accomplish their dreams despite their socioeconomic reality.

“For Sagicor, these scholarships are an encouragement to our scholars to continue to push toward achieving their goals,” Williams added.

The scholarships were awarded to children of Sagicor clients and team members.

Sagicor Foundation invested over $34 million in scholarships and grants for new and returning students this year.