Port of Spain, Trinidad—Heavy rains caused flooding in several areas of Trinidad and Tobago, particularly in Point Fortin, Sangre Grande and Aranguez in June. In response, regional insurance giant Sagicor supported the Disaster Management Units in the respective regional corporations with food hampers, which were to be donated to affected residents in their areas.

Robert Trestrail, President and CEO, Sagicor Life Inc, said, “We were in contact with our corporations’ disaster management units as soon as possible to determine the extent of the damage, the number of families affected, and the current needs of families. We recognised the need to support vulnerable communities who are always most affected during such times of disaster.”

This activity also supplemented the other corporate social responsibility activities in June where Sagicor partnered with various non-governmental organisations and special interest groups to provide relief to vulnerable sectors of society, including the Loveuntil Foundation, the Margaret Kistow Children’s House, the Moravian Church Tobago Conference, and the Peace of Mind Elderly Home, in Signal Hill, Tobago, as well as the St James Police Youth Club. 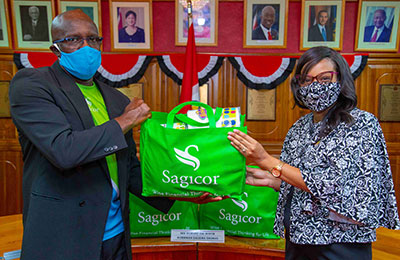 Fortin and Alderman Saleema Thomas at the area’s Townhall in Mahaica. 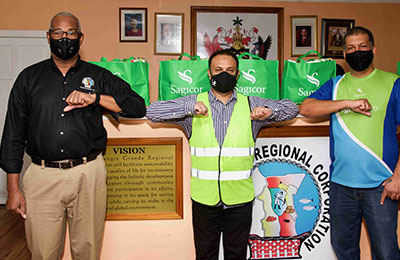 From left, disaster management coordinator for the Sangre Grande

at the handover of food hampers for families affected by flooding. 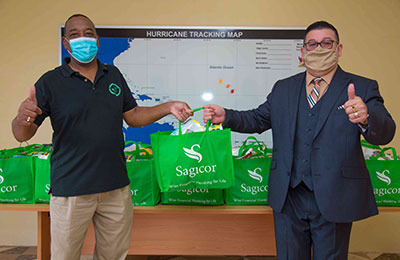 coordinator for the Tunapuna/Piarco Regional Corporation,

at the unit’s offices in Macoya.