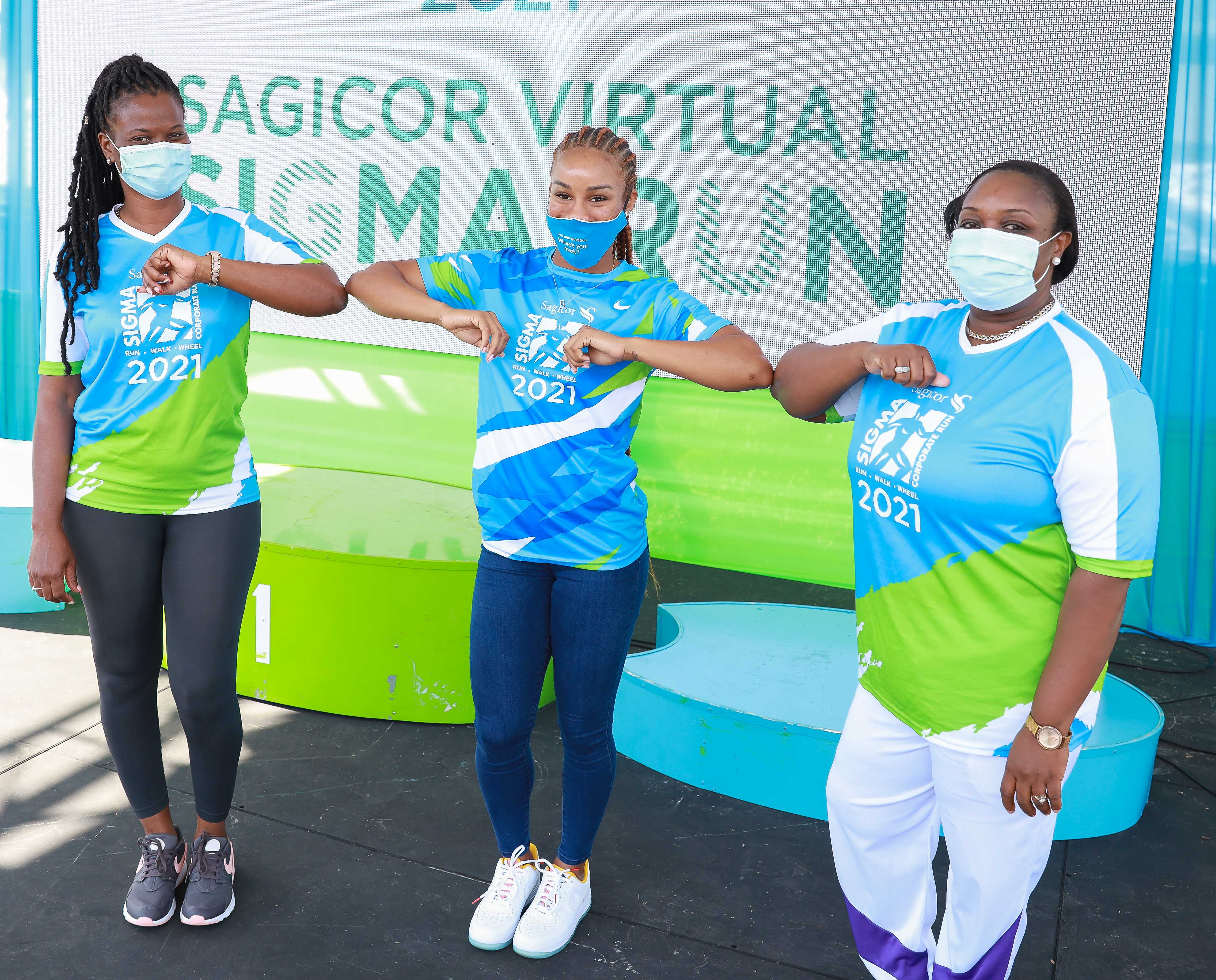 The money raised from this year's Sigma Corporate Run moved closer to the $50-million target as the organisers, Sagicor Jamaica, reported that it now has $48,510,453.07 that will go towards providing improved health services at Annotto Bay and Port Antonio hospitals.
The original target was seen as ambitious, given the impact of the novel coronavirus pandemic on the country. However, at the end of the fund-raising road race on February 19, the organisers had announced that the event had raised $42 million.

Five days later, the donations had climbed to $46 million, eliciting further expressions of gratitude from the North-East Regional Health Authority (NERHA) in which both hospitals are located.

The health sector “needs all the help it can get now”, especially because it is “at the forefront of the pandemic we are facing, and Sagicor continues to show up, despite the challenges”, NERHA Director Fabia Lamm had said in a statement.

“As we know, the funds raised will go a far way in procuring much-needed and critical medical equipment to further bolster the efforts of the hard-working staff at both hospitals,” Lamm added.

Since then, previous beneficiaries of the annual event — Jamaica Cancer Society (JCS), Jamaica Kidney Kids Foundation (JKKF), Spanish Town Hospital, Clifton Boys' Home, and Bustamante Hospital for Children — have reiterated their appreciation for the help they received over the past 23 years.

Michael Leslie, JCS's acting executive director, said that organisation, which was a beneficiary in 2016, was able to improve its service delivery with the acquisition of a KONICA PAC SYSTEM which allows for the filmless review of patient mammography images and enables connections to be established with radiology centres, both local and overseas.

“It also has the capability for off-site review of patient mammography images, at the click of a button, for the over 9,000 women who access the JCS's mammography screening services. The system also allows us to save patient studies for up to 10 years,” Leslie said.

“With this system we are realising savings of some $3 million on the cost of film and chemicals annually. We are truly grateful for what the proceeds from the Sigma Run were able to do for the society as it helped us significantly to bolster the work we do here in the fight against cancer,” added Leslie.

Maolynne Miller, founder and chair of JKKF, said in 2014 and 2015 when the foundation was a beneficiary, “the supplies and equipment purchased enabled us to support the Paediatric Dialysis Service at the University Hospital of the West Indies, the only hospital where children under age 12 years can receive chronic dialysis. As a result, families no longer had to pay for this life-saving service”.

Miller said the donation of a Peritoneal Dialysis Cycler made it possible for children to do home dialysis.

“By choosing us, the Sigma Run gave our fledgling foundation credibility and set the stage for private sector confidence in donating to JKKF. For this we are eternally grateful,” Miller said.

Dr Jacqueline Wright James, senior medical officer at Spanish Town Hospital, said the team there was elated when the hospital was selected as one of the beneficiaries for both the 2017 and 2018 staging of the Sagicor Sigma Run.

“With the generous donation of all the equipment such as our first ventilator, we can proudly say that we now have the beginnings of a Neonatal Intensive Care Unit and have graduated from a Special Care Nursery,” Dr Wright James said.

“We have used the equipment to strengthen our capacity to deliver transformational service to ill newborn babies in our care. What better way to have a significant impact on our nation's future than to save the lives of even our smallest children,” she added.

Clifton Boys' Home Chairman Rev Canon Hartley Perrin recalled that after the home, located in Darliston, Westmoreland, was gutted by fire in January 2017, the 27 boys who lived there were dislocated.

“While the cost for the rebuilding looked daunting and near impossible, the Lord sent the Sagicor angels, who gave a substantial financial boost to the project and even provided needed furnishing that led to the completion of the new home, and the re-housing of the boys,” Rev Perrin said.

Dr Brian James, head of the Department of Anaesthesia and Intensive Care at Bustamante Hospital for Children, recalled that the Operating Theatre and Special Care Nursery were beneficiaries of the 2020 Sigma Run to the tune of more than $24 million.

“These areas of the hospital had significant resource gaps and the Sagicor Foundation took up the challenge to provide us with some critical equipment needed for the care of our young patients,” he said.

“We received incubators, infant warmers, a cutting-edge ultrasound machine and some high specification patient monitors. All of these items immediately found their way into service because the need was so acute. The ultrasound machine was directly responsible for helping us with surgical intervention on several young babies having cardiac surgery. Without it their waiting time would have been extended. Our level of gratitude is difficult to quantify on behalf of these children to Sagicor and all those who contributed,” Dr James said.

Over the 23 years, the run as allowed Sagicor to donate more than $500 million to several charities.

For more information on Sigma Run click the link below: