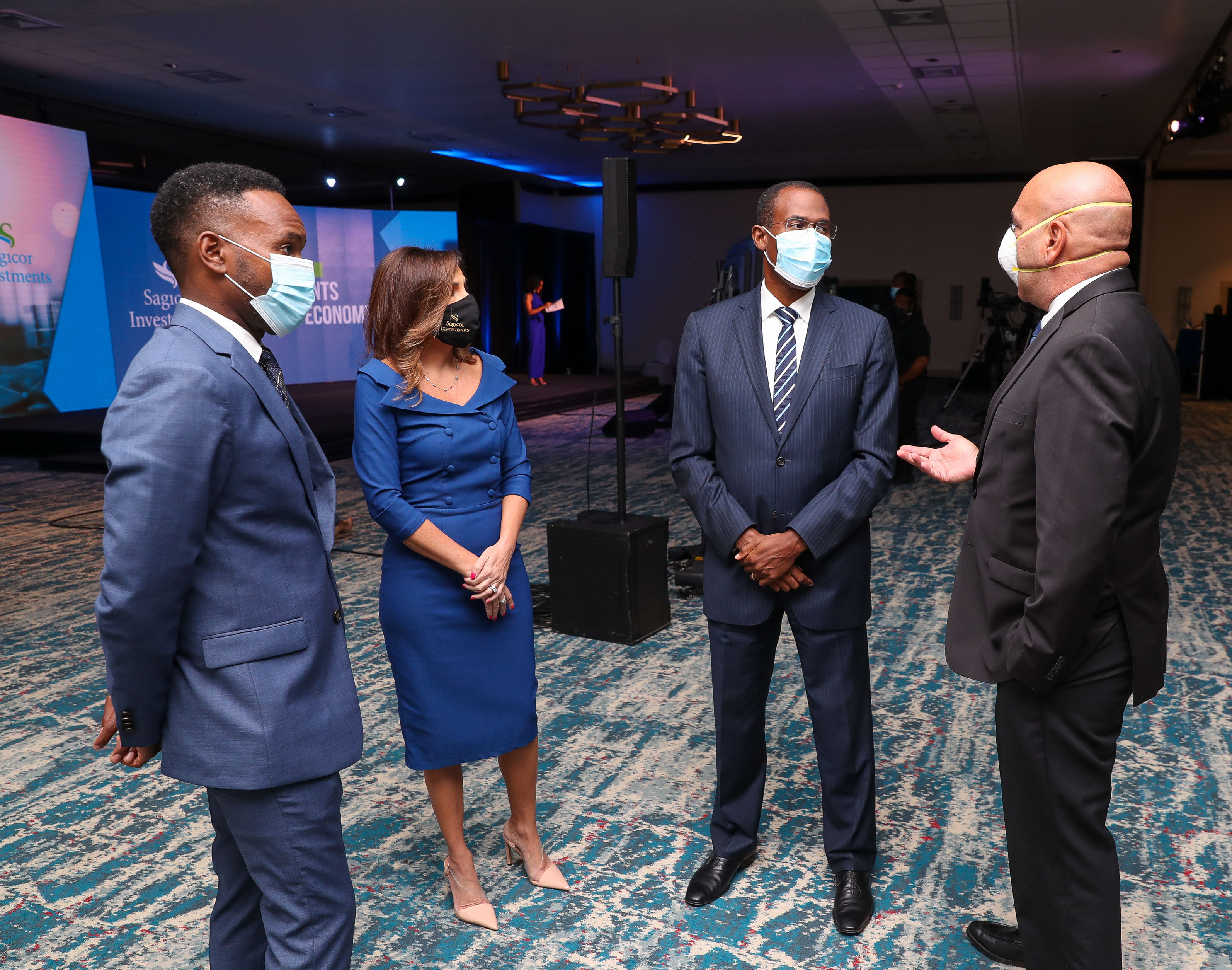 Financial services conglomerate Sagicor Group Jamaica Limited is gearing up to further extend its products and services locally and in the region as the company seeks to unlock value and create greater wealth for its shareholders in the aftermath of the novel coronavirus pandemic.

Speaking during its first of a series of Money Talk investor briefings, president and group CEO of Sagicor Christopher Zacca said the 50-year-old company's outlook in the post-COVID-19 era was positive.

“We weathered the storm last year and we served our clients, delivering $14 billion in profit for our shareholders, despite it being a little down. We built cash and we have quite a bit that will aid us in looking at expansions as economies in the region improve.

“We're looking at growth in Jamaica in our banking sector, investment, and true real estate development to boost growth in the economy. Externally we're looking at a Central America strategy in insurance and in general insurance through the acquisition of Advantage General Insurance (AGI) — we're also looking at some other expansion possibilities in the Caribbean,” he said during the staging of the virtual event held last Thursday.

Zacca said that with a key sector such as tourism expected to rebound shortly, and others such as real estate, construction, and manufacturing remaining resilient, he was upbeat for a positive economic recovery, and one in which his company would strive to do well.

“There are some bumps in the road, but we are bullish as we expect the trends [in the economy] to be positive going forward. I think the society is working better together to come out of the crisis,” he stated, echoing similar sentiments by Finance Minister Dr Nigel Clarke, who was a guest at the event.

Sean Newman, executive vice-president and chief investment officer at Sagicor, added that, “We're very bullish on our prospects as we expect the economy to rebound. We have a lot of new deals that we are looking at and [are] trying to solve these new pockets of demand and new opportunities. We're excited about these deals and I believe that they will really transform the economy.”

As the country fast-tracks its digital agenda and following the central bank's announcement last week that e-currency mint is the digital currency provider selected to test its pilot roll-out of a central bank digital currency, Zacca also said that Sagicor had all hands on deck in this venture as it supported the ability of these services to allow for greater financial access and inclusion of its customers.

As for the company's adaptation to digital systems, Zacca said that aside from the fact that over 70 per cent of its team was now working remotely, the company since last year had also moved to accelerate the transition of a number of its products to online and touch point processes, compressing a five-year digital strategy into three years as it seeks to better serve customers and transition into the new economy.