Coutain said, “I am humbled to be included in the list of giants who’ve impacted the insurance industry over the years in Trinidad and Tobago. It’s an honour, not just to be included, but also to earn this accolade while a part of the Sagicor family. That TTAIFA and my peers have seen my hard work and dedication to improving the industry and mentoring new professionals makes me feel proud to be part of the bigger picture. Helping my fellow citizens to be financially secure has been my life’s greatest work.”

Coutain joined Sagicor in September 2009 as a branch manager, with over 20 years of industry experience. Despite his official retirement in 2017 as senior branch manager, he continued to lead his branch until December 2020.

Vice president of sales and marketing at Sagicor, Jacinto Martinez, describes Coutain as an inspiring manager and said that after spending time with him you are left feeling rejuvenated and excited to succeed. “Ralph has a wealth of knowledge that cannot be duplicated but he is always willing to share. This is why in 2017 and 2019, Ralph took on the role as a Crossroads program facilitator in Sagicor and dedicated much of his time to shaping our future sales leaders. Ralph’s success in the industry is due to his knowledge, acute business acumen, drive, and his ability to show empathy.”

Coutain started his work life as a schoolteacher, which explains his passion for personal development. This is made evident by his attainment of numerous academic qualifications, which includes a degree in economics; Life Underwriter Training Council Fellow (LUTCF); Certified Life Underwriter (CLU); Chartered Insurance Agency Manager (CIAM); and Agency Management Training Course (AMTC).

Coutain has been a member of the prestigious internationally recognised Million Dollar Round Table (MDRT) for over 30 years, with four Court of the Table credits, while also capturing numerous company and industry awards. In 2018, he guided his team to win the coveted Branch of the Year title and in the following year he won Agency of the Year. 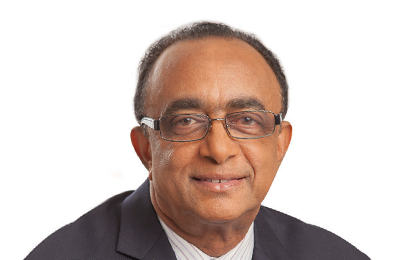