April 08, 2022
Sagicor signalled its continued support of arts and culture by honouring the memory of one of its own, with its associate sponsorship of Let’s Shake it Up, an event produced by the “Oh Kaiso Boy” committee in memory of veteran calypsonian Kirk “Shakes” Mc Ivor.

The regional insurer joined with the Queen’s Park Cricket Club (QPCC) to celebrate the life of the former advisor who passed away in January.

During the event, kaisonians honoured his memory by performing some of his popular hits in addition to their own renditions. Attendees enjoyed performances by Wayne “Doppy” Dopson; Gary “De Dozie” Almandoz; and Colin “Man Borde” Borde, among others, as well as guest artistes Michelle Xavier, Robert “Mighty Trini” Elias and Gerald “Gerry” Prudent.

Mc Ivor retired from Sagicor in 2019, after 28 years of dedicated service. He joined Sagicor (then The Mutual) in June 1990, in the Ian Stone Unit. Prior to his retirement, he was attached to the Richard Daly Branch. An amateur calypsonian, he participated in many competitions under the sobriquet “Shakes”, copping first place in the Sagicor Sports Club’s calypso competition in the mid-1990s, with his rendition of “Foot in Mouth Disease”.

Jacinto Martinez, vice president, sales and marketing, Sagicor Life Inc, said, “Kirk and I worked in the insurance trenches together. I came to the then The Mutual in 1993 and Kirk was already here making a name for himself. He never faltered in his dedication and passion for his clients. As a calypso lover and an amateur calypsonian myself, I’ve heard Kirk perform and even performed with him at past Oh Kaiso Boy competitions over the years; his passion and love for the artform was real and unselfish. It’s only fitting that Sagicor supported the QPCC and other sponsors in honouring his kaiso legacy and his life. Additionally, losing Blaxx recently and Kirk in January is a real loss to the calypso fraternity.”

His Sagicor colleagues described him as extremely service-oriented and pointed to the excellent relationships he developed and maintained with his clients over the years. A mentor to the younger advisors in his branch, he was always willing to lend a listening ear and provide advice when asked.

Wayne Dopson, chairman of the Oh Kaiso Boy competition, said, “Shakes got the nickname because admittedly he would be shaking on the stage when he performed in the Oh Kaiso Boy shows. He never won the competition but instead he won the hearts of many members and patrons of the shows he took part in because of his witty double entendre compositions that had most people in stitches and others scratching their heads trying to get the meaning of his hidden jokes. Yet, he participated for the love of music and competition being both a musician and competitor and winning was not a priority.

“His love for food and cooking would always find him volunteering to do a pot whether he was asked to or not, much to the delight of everyone and this had to be done with music blasting and a drink in the hand that wasn’t holding the spoon. Such was the man I remember.” 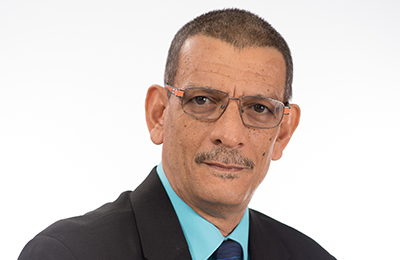