Insurance and financial services entity Sagicor joined the rest of the globe in acknowledging International Women’s Day on Tuesday, March 8. The regional company’s outreach was two-fold and saw Sagicor team members recognising females in professions not ordinarily celebrated but whose work was making a difference, as well as showing appreciation to female staff attached to its adopted schools.

Under the theme “She’s Royal,” female clients and members of the community, were treated to gift baskets filled with items for self-care. These included custodians, occupational nurses, shopkeepers, policewomen, preschool teachers, and data entry clerks. Additionally, at the Mundo Nuevo RC Primary School, female teachers and other ancillary staff were honoured with special gift baskets as part of the company’s give back to its adopted schools.

Sagicor’s Vice President, Group Marketing, Communications and Brand Experience, Ingrid Card said the company was pleased to be able to celebrate the achievements of females on the special day.

“International Women’s Day is about celebrating the achievements of women and lifting them up. This year, we wanted to acknowledge those females who work tirelessly among us in non-traditional roles but whose work and contribution is so necessary. We wanted to extend a huge thank you to them, letting them know that we see them and acknowledge their invaluable contributions.” 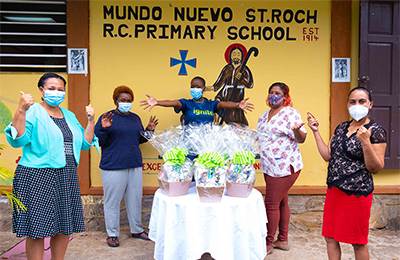 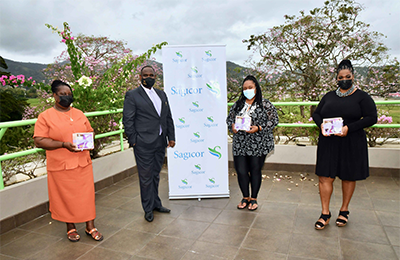 Shopkeeper Jennifer Paul, left; policewoman Jennicia Hall; and preschool teacher Roxann King, pose with their self-care hampers in recognition of International Women’s Day, along with their Sagicor advisor Wayne Griffith from the Christopher Gouveia Branch in Sagicor’s penthouse in Port of Spain. 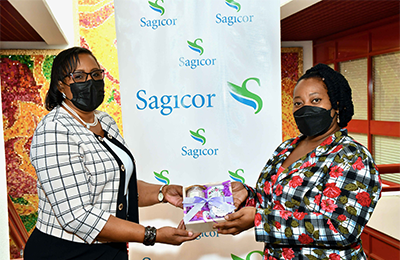 Trainee unit manager Mariana Galindo hands over a self-care gift hamper to Ria Hayde, a custodian at St Jude’s School for Girls in Belmont, at Sagicor’s head office in Port of Spain, as part of Sagicor’s International Women’s Day celebration.