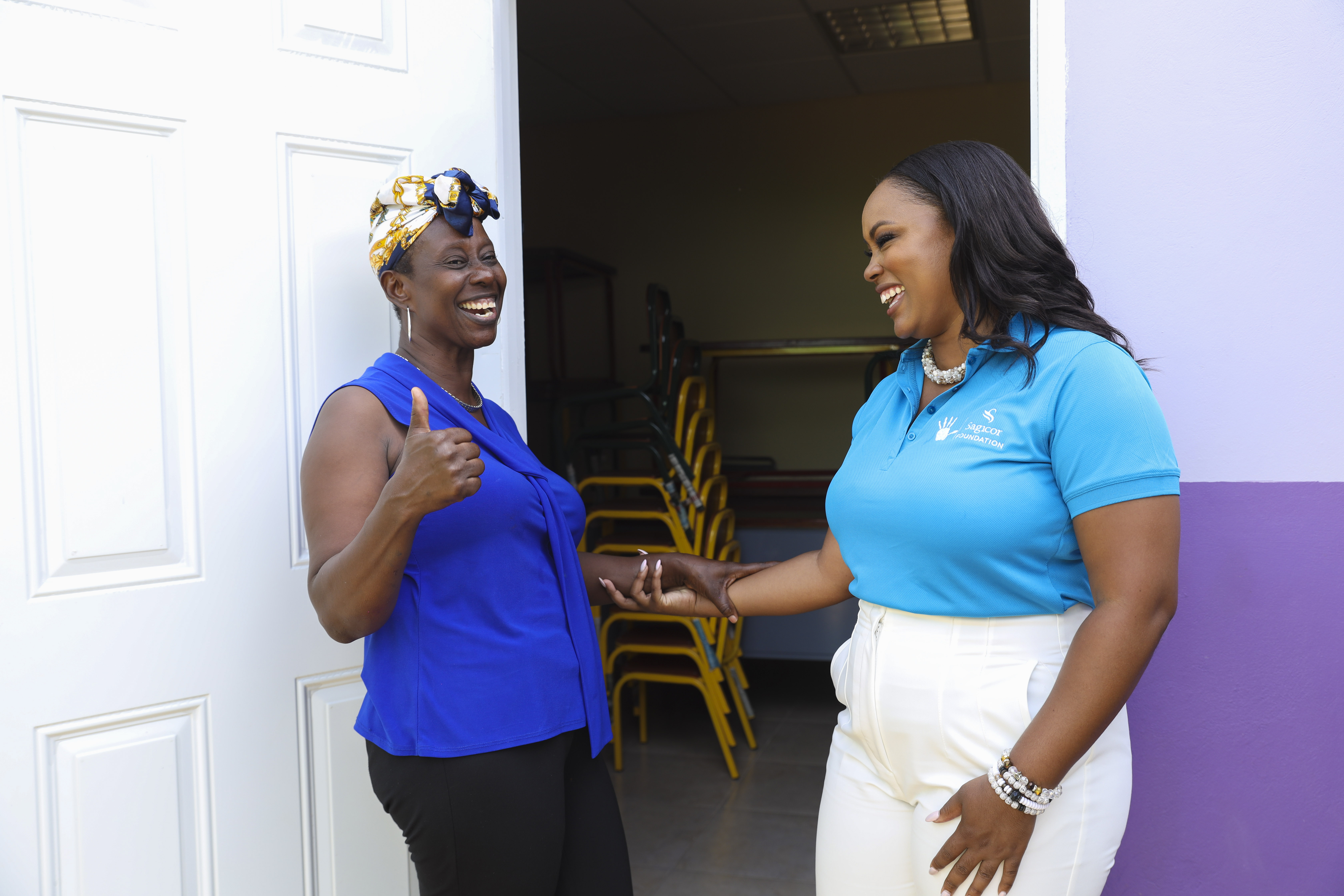 Sagicor Foundation says it has completed upgrades at Bermaddy Basic School in Linstead, St Catherine, and John Anglin Basic School in Warsop, Trelawny, under its ongoing Adopt-A-School Programme, enabling them to improve their ranking with the Early Childhood Commission (ECC) and better serve their communities.

The renovated schools were officially handed over by the foundation last month, and school administrators, students, and residents of the communities expressed gratitude for the well-needed infrastructural improvements.

A company news release reports Sagicor Group Jamaica Manager – Public Relations and Corporate Social Responsibility Michelle-Ann Letman as reaffirming the company's commitment to improving the lives of Jamaicans through charitable initiatives, primarily in the areas of health care and education.

"Sagicor continues to invest heavily in the Adopt-A-School Programme, which is one of our longest-running initiatives, because of the immense positive impact that it has in our communities," she said. "Not only are we upgrading these schools to meet the operational standards set out by the ECC, but we are also boosting community morale and enabling students to have comfortable and safe environments in which to learn for years to come."

John Anglin Basic School Principal Brenda Robinson expressed gratitude for the renovations at her institution, which included the construction of a perimeter fence, drains, and covering for walkways, isolation area, roofing, new furniture, windows and doors, and repainting of the entire school

"The assistance from Sagicor has been tremendous," Robinson is quoted in the release. "Thanks to the work Sagicor has done here, we no longer have leaking roofs, and our students can learn in a more secure, comfortable, and beautiful learning environment. This is great for the children who are growing up now, and the future generations will benefit from it."

At Bermaddy Basic School the fencing for the playground was upgraded, while the campus benefited from a new sick bay, isolation area, administrative office, water tanks, stairway, roof repairs, and improved drainage.

Chair of the school board Amoy Levers said that the entire community was overjoyed for the renovations.

"Even Sunday at church we were speaking of the fact that this is a beacon for the community," Levers said. "It's a complete package. We now have a lovely play area, additional space for students and staff, we're safe from termites, and the entire compound has been beautified. All these are requirements of the ECC, and we are very thankful that Sagicor Foundation chose us from over 140 nominations to be a part of the Adopt-A-School Programme."

The upgrades at the two schools represent more than $20 million in investment by Sagicor Foundation in this year's project so far. Work is ongoing at a third institution in this batch of adopted schools — Charles Town Basic School in Charles Town, Portland — which is expected to bring the total budget to more than $35 million once completed.