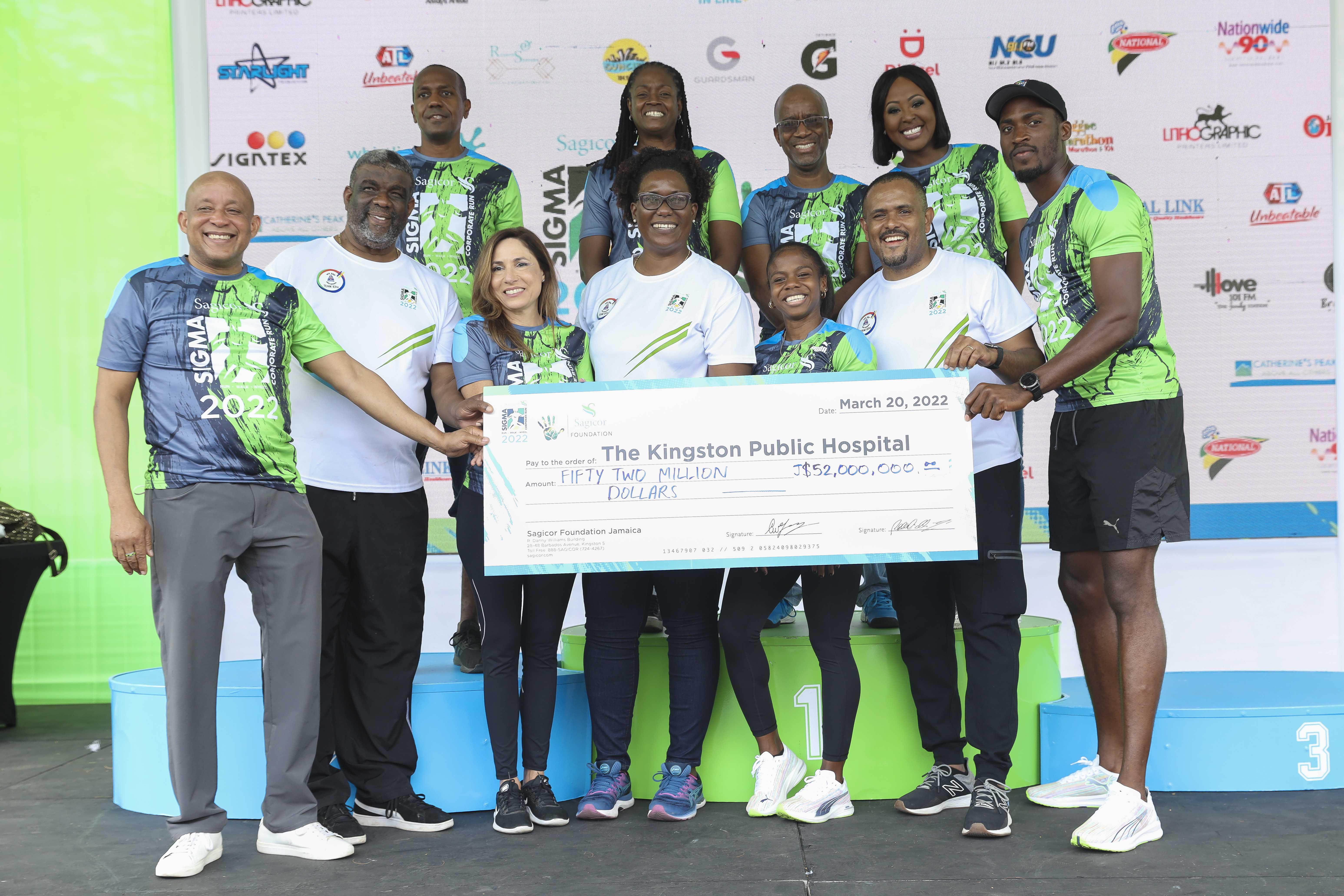 The Sagicor Foundation, through the 24th staging of its annual Sigma Corporate Run, has surpassed its target of $50 million to raise $52 million for its beneficiary this year - Kingston Public Hospital.

The funds raised was announced by Peter Melhado, Chairman, Sagicor Group Jamaica, as he greeted the participants at the start line for the culminating Sagicor Sigma Invitational Run on Sunday March 20.

Melhado thanked the all the participants who came out in support of both the Invitational event and the Sigma Team Bubble Run, which was held on Sunday March 13. “We are grateful for the continued support of our race participants, our kind donors – both individuals and corporate, our sponsors, and Sagicor team members who came together in a big way to make this raise possible”, Melhado said.

This year’s figure brings the monies raised over the past two decades to over $550 million. Over the years several institutions have benefitted from the run.

“The team is so happy that we were able to achieve this feat. We started the planning of Sigma Run from last year September, and it is a great feeling knowing that our beneficiary, the Kingston Public Hospital will be able to procure a number of medical equipment to better support their surgery department and treat cancer patients”, said Alysia White, Executive Director for Sagicor Foundation.

The charity run for the first time in its history held two road races consecutively as it sought to manage COVID-19 protocols. On March 13, the Sigma Team Bubble Run was held, which saw participation from some 50 teams.

For the Invitational Run, participants who completed past Sigma Run in under 45 minutes were invited to attend, which saw 133 males and 129 females participating.
Registration for the Sigma Virtual Run is still open and goes up until March 30, with registrants having until March 31 to complete their 5.5k, upload their times at sagicorsigmarun.com and get their finisher’s certificate.

Persons can still donate to the cause via several methods, including online at sagicorsigmarun.com; cheque payment made payable to Sagicor Foundation Jamaica; direct deposits to the Sagicor Foundation Sagicor Bank account number 5502907486; or cash drop-offs at the Sagicor Sigma Secretariat Office located on the Ground Floor, R. Danny Williams Building, 28 – 48 Barbados Avenue, Kingston 5.