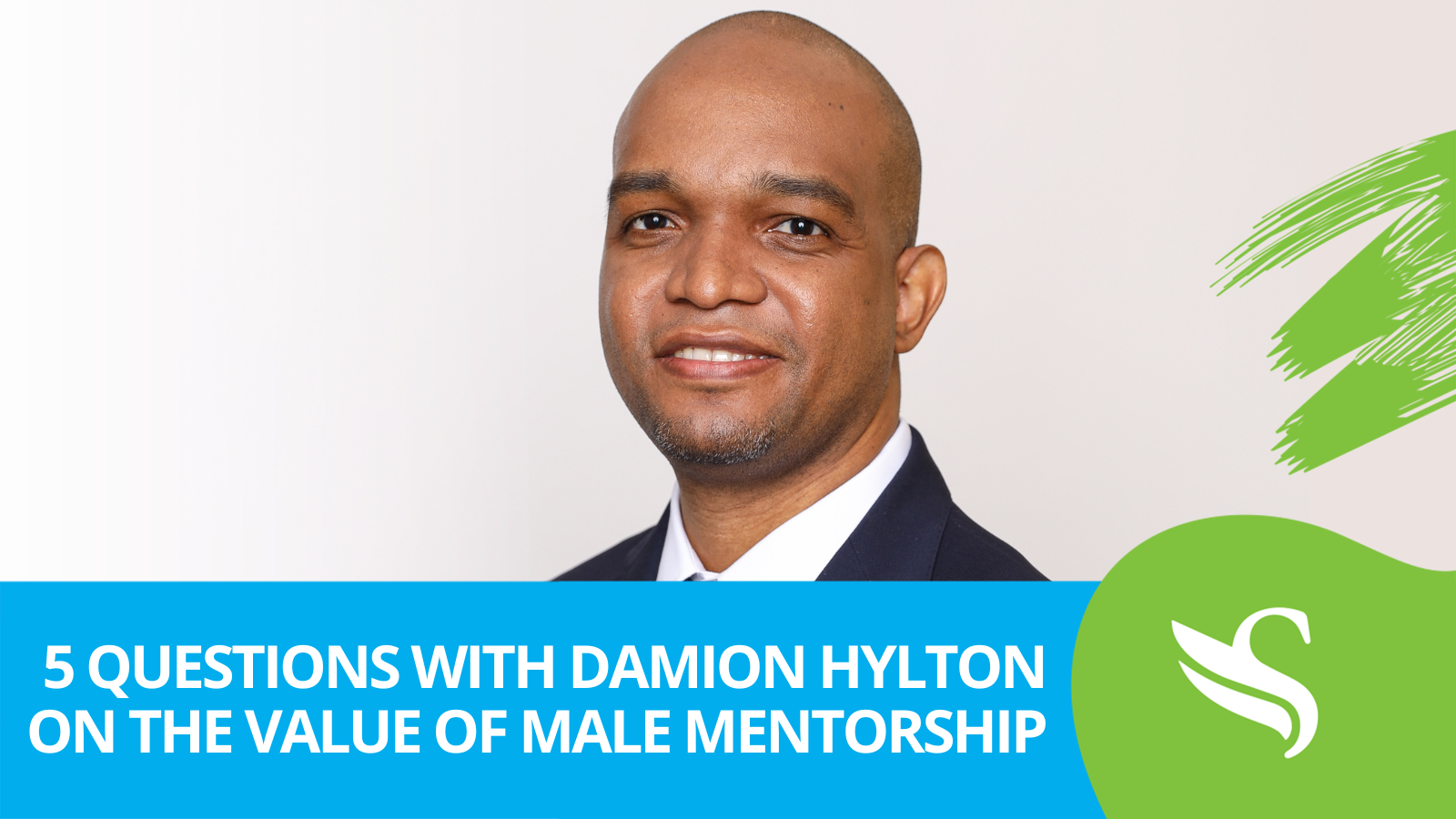 Damion Hylton is Sagicor Bank Jamaica’s Senior Vice-President – Retail and Payments. With a two-decades-long career in finance, Hylton has not only benefitted from the mentorship and guidance of impactful male leaders within the industry, but he has also served as a mentor for the next generation of men in banking.

Q. What influenced you to begin a career in banking?

A. Funny enough, as a child, I never imagined that I would ever find myself in the financial sector. In those days the typical career options for boys who performed well academically were doctor, lawyer, and banker, and I didn’t particularly like mathematics or the sciences, so for most of my childhood, I aspired to become a lawyer. It wasn’t until I was introduced to the discipline of accounting while I was in fourth form at Manning’s School that I started considering the possibility of a career in finance.

Q. Over the years, have there been any men in the sector whom you considered to be mentors?

A. There have been several men who mentored me both directly and indirectly over the years. These include well-known men in banking such as Wayne Hunter, Earl Jarrett and Courtney Campbell – all of whom I’ve worked with at different points in my career. Since coming to Sagicor Bank, I’ve had the privilege of working closely with and learning from industry stalwarts such as Karl Williams and Clinton Hunter, along with many other male team members who bring fresh ideas and new approaches to our operations.

Q. In your current role as Sagicor Bank’s Senior Vice President – Retail & Payments, do you have the opportunity to mentor any young men?

A. Absolutely. Sagicor Bank, and by extension the Sagicor Group Jamaica, is comprised of talented team members at all levels, at various points of their career journeys, many of whom are men. In my capacity, I have several indirect male reports, and I treasure the opportunity to not only share the knowledge and best practices that I have gained over the years but to also learn as much as I can from them. Mentorship, to me, is a two-way street, because while there are persons who consider me to be a mentor, I will always consider myself to be a mentee as well. I always want to learn from others.

Q. What is the single most important piece of advice that you try to pass on to younger men?

A. To take responsibility – for themselves firstly, as well as for their families, teams, and everyone else within their care. This is a value that I also try to instil in my children as well. I reason with my son in a manner that fundamentally is teaching him that a good man is one who takes a little more than his fair share of the blame, and a little less than his fair share of the credit.

Q. What does International Men’s Day mean to you?

A. International Men’s Day is a day to reflect and celebrate the value men bring to our families, workplaces, communities, and countries. It’s a time to celebrate the men who are taking strides and leading by example in various arenas, and to encourage other men to step up to the challenge and help break the harmful stereotypes and cycles that plague our societies.